The spectacular COSON SONG AWARDS formed the climax of the recently held COSON (Copyright Society of Nigeria) Week in Lagos Nigeria. Despite the massive expectation, it is safe to say that no one was ready for what they saw. From the themed red carpet ‘fantastico’ to the show itself, it was pure magic. Many marvelled at the huge theatre of the COSON Song Awards, knowing that they had been part of genius and history.  No one left the event without saying ‘wow!’ 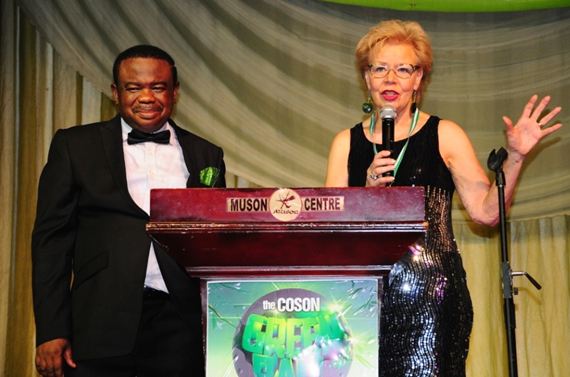 The first spectacle that hit everyone who attended the event was the opulence and sheer splendour of the red carpet fantastico themed in crème silk at which Nigeria’s glitterati mingled and sipped cocktails while a thousand flashlights exploded from the paparazzi. Then the guests were ushered into the huge events arena by the beautiful hostesses selected after several weeks of a major series of contests of beauty and brains conducted by a celebrity cast made up of rap icon, Ruggedman, Queen Ure, Kween Onakala and Aisha Joy. 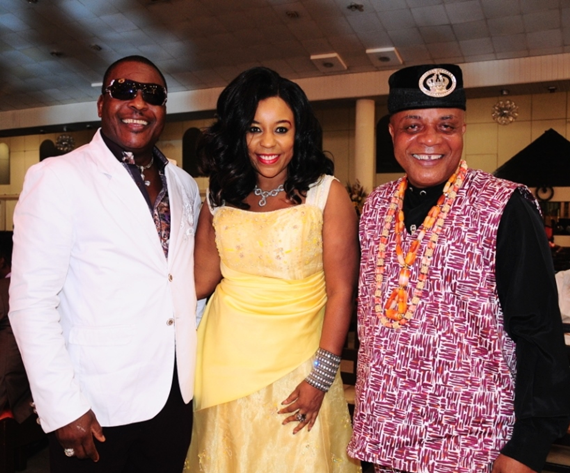 L-R, Sir Shina Peters, Queen Ure and Bright Chimezie at the COSON in the church

Everyone held their breadth when the lights went down in the auditorium. Without any announcement, Segun Obe, came on stage and took the audience through a sonorous rendition of Nigeria’s national anthem. The curtains opened, the insignia of the COSON Song Awards rose majestically on the stage crafted by the master of set designs, Italian trained Pat Nebo and the real magic began. On the huge screen, a golden bird appeared, searching in the deep forest of creativity. When the bird found what it was looking for, it took off on a historic journey, flying and meandering through the streets of Lagos and the major landmarks of the city, dodging the vehicles in traffic. Nothing could stop the golden bird until it found its way into Victoria Island at nightfall and then flew into Oriental Hotel. Unto the stage of the New Ballroom, it perched on a metal gong, the musical instrument common to the peoples of Nigeria. Awoko, the nightingale had arrived! 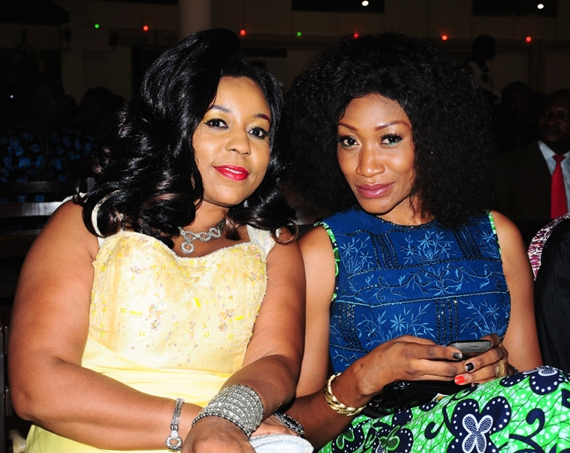 The special bird, Awoko which had been sculpted as the distinct plaque of the COSON Song Awards by a young Yaba College of Technology graduate, Dare Adenuga, is the leading singing bird celebrated in many songs of Yoruba master songwriters. It is reputed to have out-of this-world lyrics and singing talent. In Yoruba mythology, when Awoko shows up, every other bird bows. What the audience had just seen of Awoko was video animation at its best. The animation was carefully executed over a month of day and night creative effort by another young Nigerian, Ademola Tajudeen. When Awoko perched on the gong, the audience responded in thunderous applause. 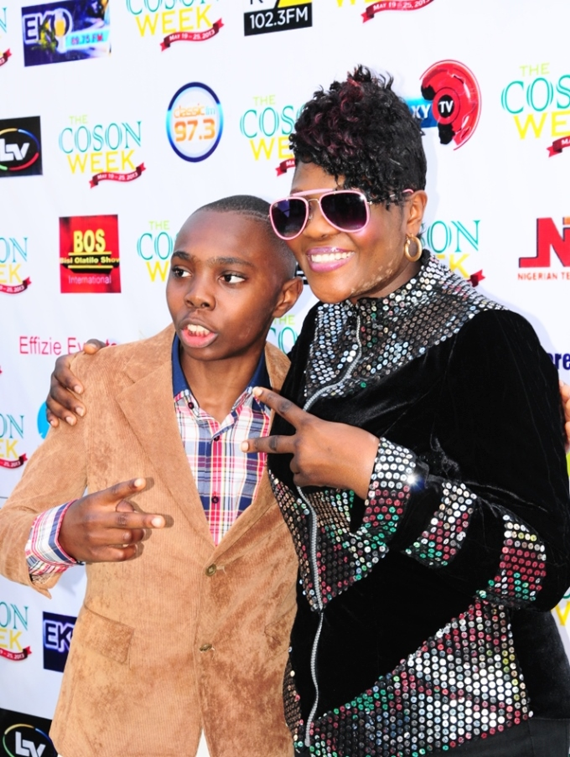 Talented saxophonist, TJ Sax and BOUQUI at the COSON in the Church’s red carpet

Onto the stage came the host of the night, debonair Frank Edoho, the very popular host of TV quiz programme, Who Wants to be a Millionaire? When Frank walked in, the auditorium was practically on fire as the audience went into rapturous applause. Then on to the giant screen, the story of Nigerian social culture from the 60s woven delicately into the music of the times unfolded with nostalgia in an unforgettable way and everyone in the auditorium knew that they were part of history. The ten most memorable songs of the 60s were played back and the presenters, A list actor, Segun Arinze and FRCN’s Cordelia Okpei dramatically appeared from the bowels of the stage in a 60s Chevrolet Impala to present the Song of the 60s award won by Victor Uwaifo’s Joromi. The audience was clearly in awe. Once again, Tony Okoroji who one spectacular day in Nigeria’s showbiz history arrived the stage of the National Theatre from the roof, had wrought magic again! 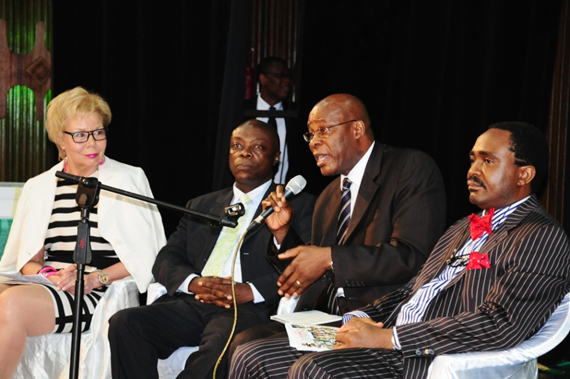 The panelists at the COSON Lecture

Actor Kalu Ikeagwu and fast rising singer, Seyi Shay who presented the award of the Song of the 70s won by Prince Nico Mbarga’s Sweet Mother arrived in style in a Citroen D Super. 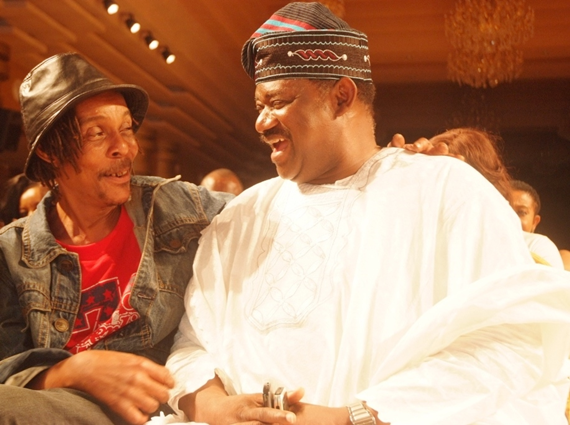 It was a night that set a new bar for the organization of entertainment events in Nigeria, a night not to be forgotten in a long time.

Kris Okotie – I Need Someone

Majek Fashek  – Send Down the Rain

Dare Art Alade – Not the Girl

Olamide – First of All

Omawumi – If you Ask Me

Previous Article Trendy Africa honored as an International exhibitor at the Dallas International Festival
Share This
Next Article Is Jaden Smith the New Leading Man?