He first starred on screen opposite his famous father in “The Pursuit of Happyness” receiving acclaim for his performance. He followed that movie with a supporting role in “The Day the Earth Stood Still” and a leading role opposite Jackie Chan in the worldwide hit “The Karate Kid.” With the release of “After Earth” in which he battles aliens and evolved animal species, it’s clear the young actor is being groomed to conquer Hollywood. The 14 year-old son of actor Will Smith is the solo star in “After Earth”. 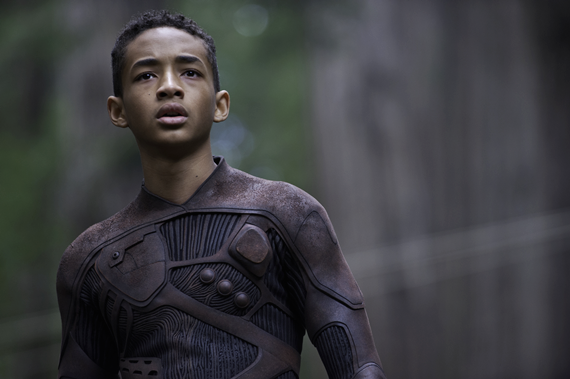 Produced by Will Smith, his wife, Jada Pinkett Smith, brother-in-law Caleeb Pinket and directed by M. Night Shyamalan (“Lady in the Water, “The Village”), “After Earth” stars Jaden Smith as Kitai Raige, a young man forced to navigate the harsh terrain left behind when his spacecraft crashes on the forbidden planet. With no other survivors and his father Cypher (Will Smith) critically injured and trapped in the wrecked ship, Kitai embarks on a perilous journey to signal for help, facing uncharted terrain, evolved animal species that now rule the planet, and an unstoppable alien creature that escaped during the crash. 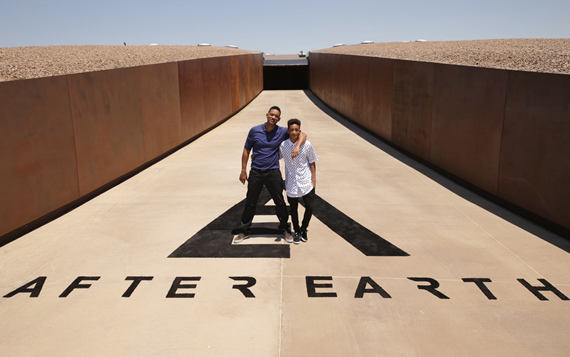 “It’s a father and son story,” says Will Smith., whose character takes a back seat in the movie and spends the entire screen time navigating his son through the rugged terrains. “I think that’s what audiences will really connect with – seeing the father try to connect with the son, to teach him, with life-or-death consequences. We have a father trying to command and control his son from a distance, but at the end of the day, once your child goes out of the house, you’ve taught them all you can – they have to learn the rest on their own.” 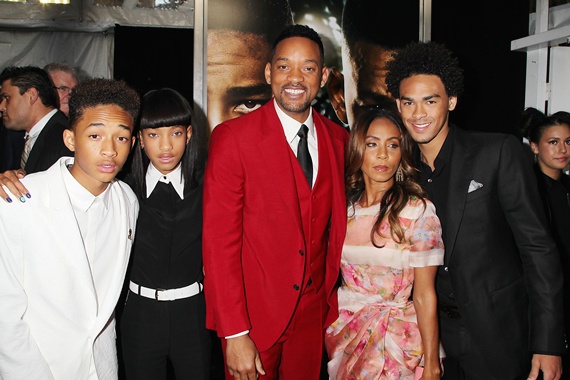 L-r, Jaden Smith, Willow Smith, Will Smith, Jada Pinkett Smith and Trey Smith at the US Premiere of “After Earth” (Photo by SPE Inc. /Dave Alocca)

Based on a story written by Smith as a vehicle for his son, “After Earth” was conceived while Smith and his brother-in-law were watching television together. After making “The Karate Kid,” Jaden and his parents were considering the teen’s next project as they felt it was important for the family to work together again. 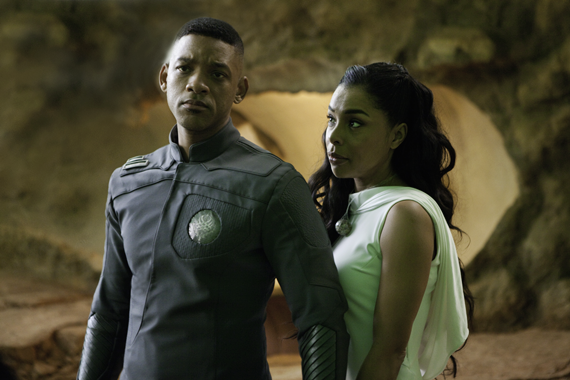 Will Smith, left, and Sophie Okonedo star in Columbia Pictures’ “After Earth” (Photo by Frank Masi)

“Jaden and I were sitting around one night, watching TV and talking about how we’d liked working together on ‘Pursuit of Happyness,’ and that we might want to do that again,” shares Will. “As we’re talking about looking for that story, with the news on in the background, Jaden says, ‘Maybe I’m your son, I’m in trouble, and you have to come home from war.’ That turned into an idea of a father and son who go off on a bonding trip to Alaska, and they have to get through the wilderness. It was just fun, an interesting conversation until we juxtaposed the idea of setting the story a thousand years in the future – and then the whole concept of After Earth started to explode in our minds.” 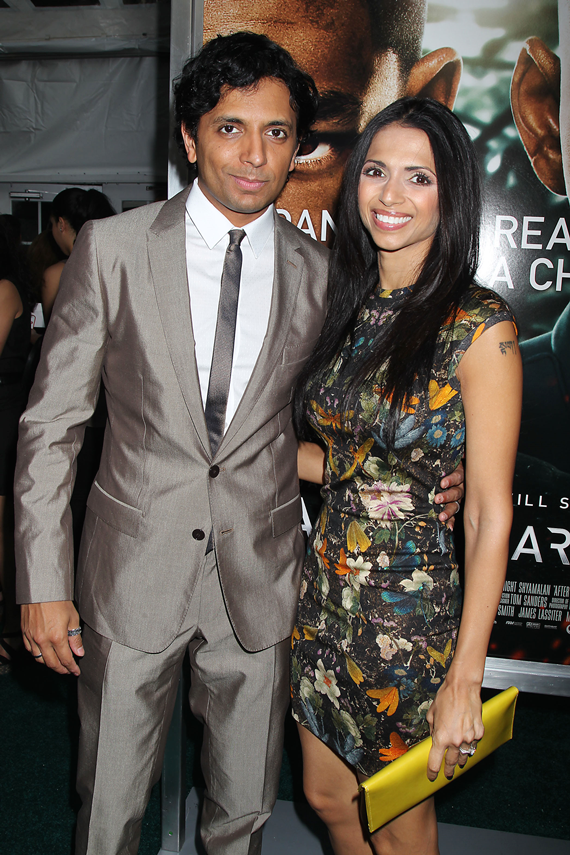 Will ended up writing the story eventually turning over the writing reins to Gary Whitta and M. Night Shyamalan who directs the movie. For Jaden, no stranger to movies with immense physical activity, “After Earth” offered new challenges. “I did a lot of work – I had to change,” he says. “I had to get a lot bigger and put on weight so I could look a bit older. I did a lot of parkour and running and training, so I’d be ready to run through the forest and on rocks.” Rounding out the supporting cast of “After Earth” which is currently playing in theaters is Sophie Okonedo and Zoë Isabella Kravitz.