He may have been snubbed for the best director accolade, but Ben Affleck had plenty to celebrate at the 85th Academy Awards.  His movie “Argo” won the best picture Oscar Sunday over the front-runner “Lincoln.”  An award First Lady Michelle Obama helped introduce.

Hosted by Seth MacFarlane who claimed his quest was to make the stony faced Tommy Lee Jones laugh, Christoph Waltz won the first Oscar first of the evening for best supporting actor for the movie “Django Unchained.” A second award and nomination for the actor who won previously in 2009 for “Inglorious Basterds,” it was presented him to by last year’s supporting actress winner Octavia Spencer. Waltz, who thanked his co-stars and the movie’s producers was asked backstage how he felt about the possibility of a black pope.

“It would be an exciting thing but I don’t care whether the pope is black or white or whatever color. If we are non-racist, then we have to stay non racist all the way,” said Waltz.

Anne Hathaway won her first Oscar for the movie “Les Misérables” in a supporting role, hardly a surprising win since she has won a slew of awards including a Screen Actors Guild Award, a BAFTA award, a Critic’s Choice Award and a Satellite Award. Jennifer Lawrence won the best actress accolade for “Silver Linings Playbook” while Daniel Day-Lewis who carried all the awards in the run-up to the Oscars — such as the Bafta awards and the Golden Globes won the Oscar gold for best actor for movie “Lincoln.”

Backstage, Lawrence addressed the fall that happened as she went onstage to receive her Oscar.

“I tried to walk up the stairs in this dress.  That’s what happened.   I think I just stepped on the fabric and they waxed the stairs,” said Lawrence.

The Oscar achievement for best makeup and hairstyling went to Lisa Westcott and Julie Dartnell for movie “Les Misérables” and Jacqueline Durran won her first Oscar for Costume Design for movie “Anna Karenina” which was based on the novel by Russian writer Leo Tolstoy. Backstage, Durran admitted to reporters that she wasn’t a fan of the book. 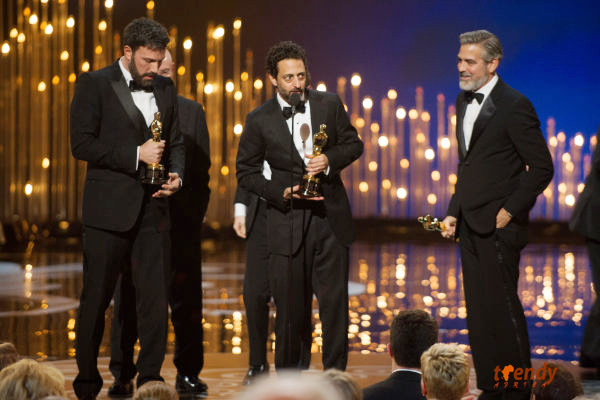 Best motion picture of the year for Argo is Ben Affleck, Grant Heslov and George Clooney

“I read the book when I was at university and I wasn’t a huge fan of it, but returning to it now at my current age, I was absolutely amazed by it, and I thought that Tolstoy was the most incredible writer because he seemed to be able to describe every condition, every human condition and I thought he was amazing. His descriptions of Dolly, of Levin and of everyone, he seems to be able to capture everything.” 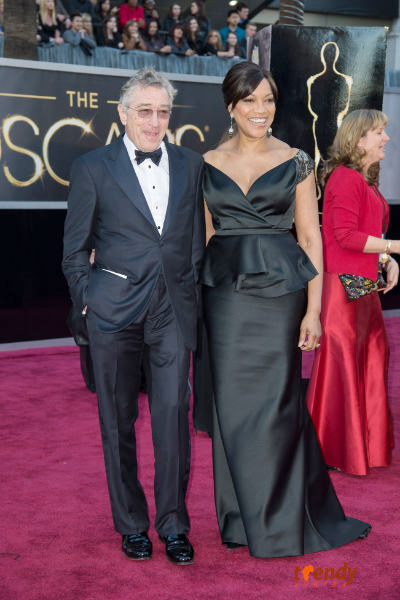 The winner for feature-length best documentary was Malik Bendjelloul’s “Searching for Sugar Man.” The Austria film “Amour” directed by Michael Haneke won an Oscar for best foreign-language film while the animated movie “Brave” beat out Tim Burton’s “Franknweenie,” Wreck-it- Ralph  and “ParaNorman” to win Best Animated picture of 2012.  “Life of Pi” earned a best cinematography Oscar for best visual effects, original score and a best director accolade for Ang Lee. A bittersweet win since the visual effects studio Rhythm & Hues who worked tirelessly on the movie is facing bankruptcy. 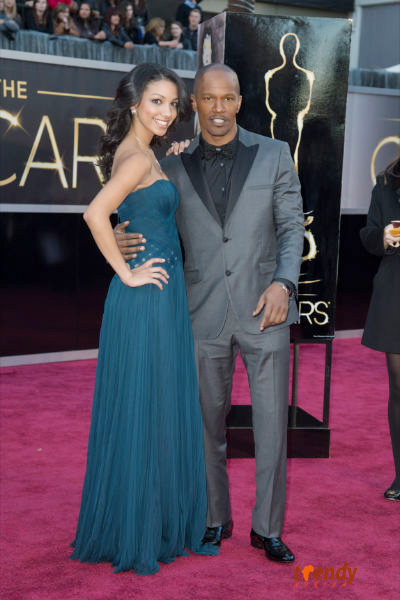 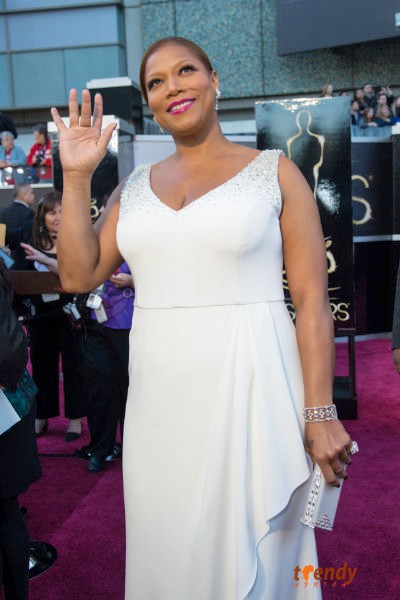 Halle Berry a former Bond girl and an Oscar winner introduced the 50th anniversary tribute to James Bond and Dame Shirley Bassy performed during the live telecast while Adele sung the theme track to the latest Bond movie “Skyfall.” 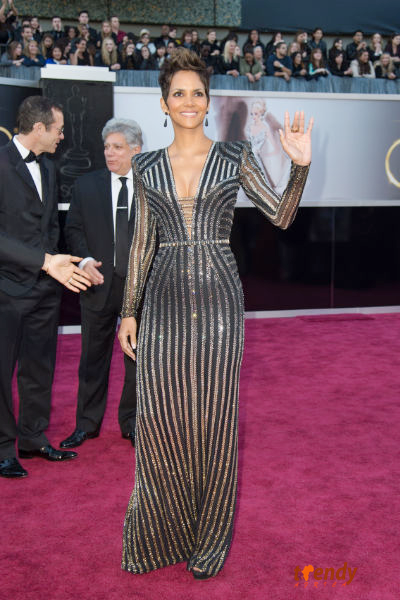 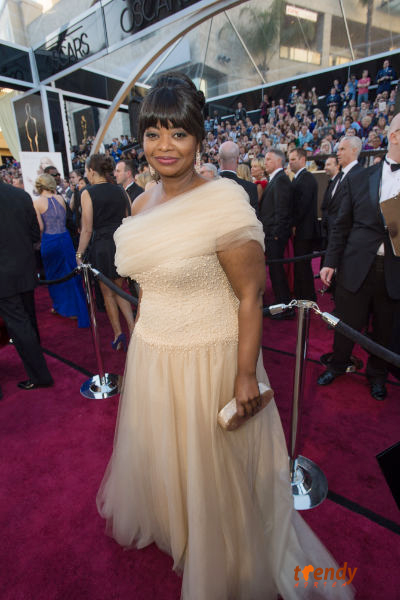 Octavia Spencer presented the first of the evening

Held at the Dolby Theater just doors down from Mann’s Chinese theater where all the footprints and hand prints are encased in cement, stars lined the three-block stretch on Hollywood Boulevard which was shut down a week before the Oscars.