South Africa – After narrowly winning a race against time to get extended refugee status, passports and visas, brothers Harun and Ali Mohammed are flying from Cape Town to Hollywood today for Sunday’s Academy Awards, where their film Asad will compete in the Best Short Film category.

The Somali refugee child stars will be accompanied by their father, Mahdi Hassan Mohamed, and will meet up in Los Angeles with Rafiq Samsodien, Asad’s South African producer, who’s had sleepless nights making the trip happen.

Speaking at Tuesday’s double screening of the Western Cape’s two Oscar-nominated films, Asad and the Rodriguez documentary Searching for Sugarman, Rafiq said, “I haven’t slept in 24 hours. I’ve been trying to get these guys extended refugee status documents, passports, and visas, which is not an easy task. Arranging this trip has been the biggest production of my life: what we’ve managed to achieve in three weeks would normally take four years, so I need to thank Minister Naledi Pandor, The Department of Home Affairs and the American embassy for coming through for us.” 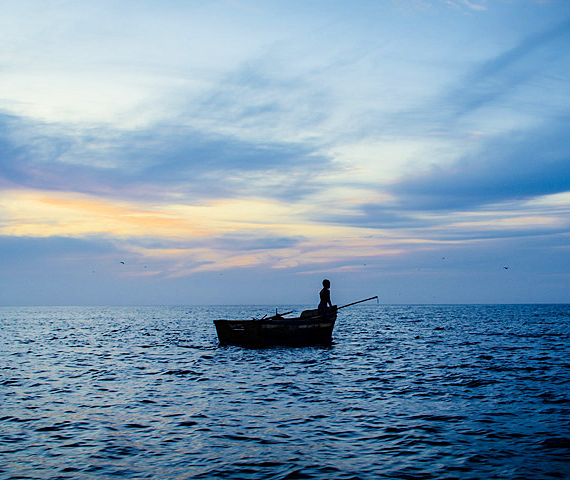 Written and directed by acclaimed American commercials director Bryan Buckley of Hungry Man, Asad is set in a war-torn fishing village in Somalia and follows a 12-year-old boy who must decide between falling into the pirate life and rising above it to become an honest fisherman.

Asad has scooped awards from 13 festivals around the world and has just received a glowing endorsement for Nobel Prize winner and Archbishop Emeritus Desmond Tutu who commented; “Asad is at once a painful reminder of the xenophobia that shamefully still exists in South Africa and a heartwarming tribute to our special ability as members of the human family to heal ourselves.”
Spoken in Somali with English subtitles, Asad stars an all-refugee cast, headed by Harun (14) and Ali (12). The brothers reside just outside Cape Town with their parents and 13 brothers and sisters. Before filming started, neither Harun nor Ali spoke English, so Buckley and Jarjoura had to deploy a translator. The boys had also never attended school, so they were illiterate and had to memorize their lines without a script or written point of reference.

All prize money Asad receives from festivals goes towards the boys’ school expenses. Since March 2012, the boys have progressed from illiteracy to excelling in the fourth grade, in English. The Academy Awards take place on 24 February 2012 at The Dolby Theatre in Los Angeles.