BENIN—University of Benin has been rated the best University in Nigeria by World Webometric Ranking of Universities just released.

This is the second time the university has emerged as the best university in Nigeria within the last two years.

UNIBEN was ranked 68 among African Universities, followed by Obafemi Awolowo University which ranked 69 and University of Ibadan which occupied 71st position.

Out-going Vice Chancellor of the University of Benin, Prof. Emmanuel Nwanze, who disclosed this in Benin on Friday during a farewell visit to two – time Governor of  old Bendel State, and founder of the university, Dr. Samuel Ogbemudia, said he was leaving the university better than he met it.

He told Dr. Ogbemudia that for the first time in 15 years, the university has remained open continuously for five years without disruption of academic activities.

Prof. Nwanze, who was accompanied by top officials of the university, told the former governor that his visit was to inform him of his exit from the university, having completed his five-year tenure as Vice – Chancellor.

Describing Dr. Ogbemudia as a “true father and patron of UNIBEN”, the outgoing vice chancellor stated that his exit was time for reflection and giving account to God, the nation and the people of former Bendel State, now Edo and Delta States.

Responding, Dr. Ogbemudia said with the end of his tenure, Prof. Nwanze has become an academic statesman that those who needed wisdom should consult.

He called on the federal government to consider the sacrifice made by Edo and Delta States in setting up UNIBEN. 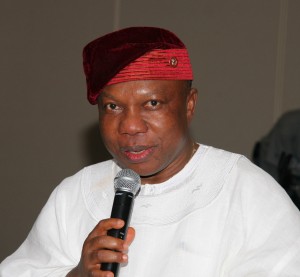 Dr. Ogbemudia said he would not blame Academic Staff Union of Universities (ASUU) for always embarking on strike, as according to him, such strikes were for the betterment of the university system in the country.

He, however, advised ASUU to always dialogue on issues before going on strike.

9 Replies on University of Benin rated best in Nigeria