House of Representatives Committee on Diaspora has hailed the Federal High Court ruling which granted Nigerians abroad the rights to vote.

In an interview with News Agency of Nigeria in Abuja on Sunday, Hon. Abike Dabiri Erewa, Chairman of the Committee, said the House was glad about the ruling.

“The issue of Nigerians in Diaspora being enable to vote has always come up when we engage Nigerians abroad. We are glad about the ruling of the court but that is just the beginning,” she said.

Dabiri Erewa said the next step was for INEC to take urgent steps to ensure that a bill to that effect is put in place by sending it to  the National Assembly as soon as possible.

The lawmaker, however, said that beyond the bill, she had reservation on the capacity of the present INEC without the electoral reforms to conduct elections for Nigerians abroad.

“I am not sure we have faith in INEC the way it is to conduct elections abroad, when even with elections here, we still have serious problems. That is a challenge before us,” she added.

Dabiri (AC-Lagos) said it would be a disservice to allow INEC conduct elections abroad when there was no strong system to curtail its shortcomings at home.

“We must work on electoral reforms. We must ensure that we conduct free and fair elections. We should be good example of how elections should be and logistics must be put in place,” the lawmaker said.

She expressed fears that the voting system would not be hijacked by the party in power in those consular offices abroad, saying Nigerians in Diaspora must be vigilant and work out the modalities to make it work.

“We have to ensure that INEC is totally unbundled, must be funded independently and ensure that we have a body that will give us free and fair elections,” she stressed.

She also noted that the ruling was another victory for democracy which would provide an opportunity for about 10 million Nigerians abroad with more than three million of them in Europe, to vote.

A Federal High Court in Abuja on  Jan. 27  ordered INEC to put in place relevant machinery to assist Nigerians to register and vote from abroad in any election without having to travel home for that purpose.

In doing so, he said INEC could borrow a leaf from countries that had already adopted the external voting system.

The plaintiffs had dragged INEC and the Attorney General of Federation and Minister of Justice to court to give them equal rights of voting in countries where they reside.

They buttressed their argument with Article 13 (1) of the African Charter on Human and People’s Rights (Ratification and Enforcement Act) (cap 10) laws of the Federation of Nigeria, 1990.

They, therefore, requested INEC to set up registration centres and polling stations for the purposes of registering eligible voters as well as allow for voting in all Nigeria’s High Commissions and Embassies. 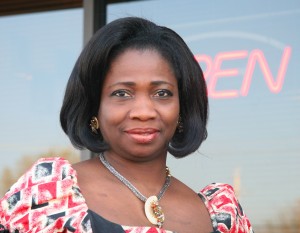 Counsel to plaintiff, Femi Falana, quoted section 77 of 1999 constitution, section 13 of electoral act 2006, saying Nigerians above 18 living overseas are legally qualified to vote for candidates of their choice.

Falana cited member states of the UN, including 15 African countries that had recognized external voting by their nationals.

INEC counsel, Messrs Nelson Anih and Chris Erhabor, have argued that Nigeria Embassies and High Commissions cannot not be used for voting as they do not form part of the constituencies under which elections could be held in Nigeria.

They argued that they had not prevented Nigerians living abroad from traveling home to participate in the electoral process.

It will be recalled that INEC chairman, Prof. Maurice Iwu, hinted recently that the Commission was working out an arrangement to enable Nigerians abroad to vote during any elections in Nigeria.

In a related development, house of Representatives Committee on Diaspora Affairs on Tuesday held talks with the Association of Nigerian Professionals in Ireland and Nigerians in Diaspora Organization (NIDO) on how to rejuvenate the country’s economy and rake in investments.

At the meeting, the groups also sought strong policy and legislation on Diaspora issues as a step towards connecting with successful Nigerians abroad.

The session was anchored by the Committee’s Chairman, Abike Dabiri-Erewa (AC, Lagos).

President of the Association of Nigerian Professionals in Ireland, Olajide Ajayi, in his submission, attributed the unwillingness of experts in various fields working abroad to contribute to the development of the country to lack of genuine interest by the Federal Government.

“Since it has taken awhile to be able to push the Diaspora engagement issue up the political agenda, it makes sense that a proper policy should be formulated to ensure that this dalliance does not suffer from the outset.

“The Diaspora Nigerians should be able to trust the government and its agents in delivering on their promises of working on the push factor which will in effect create a pull factor.

“The policy on Diaspora should be one that encourages investment in Nigeria by people living abroad, limiting the benefits of the Diaspora Nigerians to mostly remittances to support family alone is defeatist”, Olajide said.

He also urged the Federal Government to take a meticulous count of Nigerians living in foreign countries in and outside Africa, as one of the ways of formulating realistic policies that would cover them.

Manager and Assistant Director of NIDO, Stella Onuoha, in her contribution, said she was working “seriously with the Nigerian Investment Promotion Council and other state governments to bring foreign investments into the country”.

1 Reply on House Applauds Voting by Nigerians in Diaspora, Parleys in Ireland