As Nigerians gradually come to terms with the realities of the global economic crunch, experts foresee a sharp drop in property prices in highbrow parts of the country. 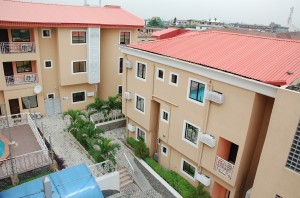 For instance, a renowned real estate expert, Chief Kola Akomolede, has said people in areas such Ikoyi, Victoria Island and Lekki, all in Lagos, should not expect any appreciation at all in the value of their property this year.

His view is coming against the backdrop of a recent report from the Lagos State Government showing a consistent increase in the value of land, prices of buildings and rent rates.

Akomolede who spoke with our correspondent on Saturday, stressed that prices of property would fall due to the effect of the global economic crisis, which hit European and other developed nations last year.

According to him, investors in the highbrow areas would be the first to feel effect of the economic downtown because the prices of property there had been artificial.

It would, however, be a different experience for people in the mainland and other parts of the country.

He said, “Why the prices of property would fall in the high class areas is that the prices are too artificial. Such high prices were fixed because of people who got their money somehow and could not buy shares with it or take it abroad. Another reason is that some people who sold their property abroad are investing them in property in these high-class areas. And that will reduce the demand for property in these places. The combined effect of this is a fall in the property prices.

“But in other parts of the country, including Lagos Mainland such as Agege, Ikeja and Egbeda, the demand for property will most likely continue to rise and prices of property will be on the increase.”

Another developer, Chief Olumide Osunsina, also said anybody who felt that the nation’s property market would be impervious to the global economic crisis was deceiving himself.

Osunsina, who is the Managing Director, Megamound Investment Limited, expressed the view that investment in property this year might shrink.

According to him, many people would, in the face of the current financial situation, want to spread their funds on investments with quick returns.

He stressed that few firms, including banks, would want to tie down their money with property, which is a long-term investment.

The cost of construction may also rise as a result of the fall in the value of the nation’s currency, the naira.

Currently, a bag of cement is sold for at N1,650. The price crashed from N2,100 to N1,500 last year after an intervention by the Federal Government in which importers were encouraged to bring in more cement to meet local demand.

Akomolede warned that unless something urgent was done to arrest the depreciating value of naira, prices other building materials might be adversely affect. And by implication, people aspiring to build their own houses may be denied the opportunity and rent in lowbrow areas would hit the rooftop.

Meanwhile, value in property in Lagos has consistently increased by about 100 per cent in the last five years.

A document recently released by the state government showed that the same level appreciation cut across different parts of the state.

Developers hoping to survive the expected price tumble in property value in the nation’s highbrow areas may have to adopt aggressive marketing and advertising strategies, as advised by Akomolede.