The last time I was consistently occupied on an international assignment was when I flew with former USA president George Bush to 5 countries on an 8 day trip. When I got the call to document the Ooni of Ife’s Washington DC leg of his USA visit, little did I know that it would keep me literally on my toes for 14 days. Unlike the US presidents assignment, the Ooni’s DC trip was localized between Maryland State and the Capitol and featured numerous culturally dramatic movements, grand entrances to events, crowd pulling moments and tons of honors and gift exchanges. 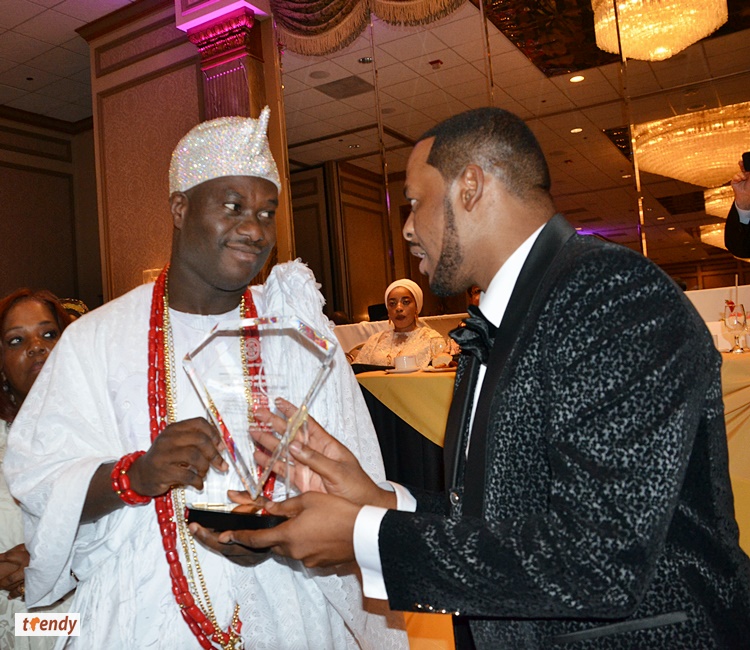 His Imperial Majesty, Dr. Adeyeye Enitan Ogunwusi (Ojaja II), the Ooni of Ife and his entourage of over 80 people had earlier triumphantly arrived the USA via New York were he was accorded a befitting welcome. He later proceeded to New Jersey, Philadelphia and Pennsylvania where he was given audience in the State Congress.

The Caribbean & African International Awards Gala which held at the prestigious Martins Crosswind in Maryland marked the grand finale of the USA tour of the Ooni where he was presented with an Ambassador of Peace Award and a special recognition by Congresswoman Janice Hahn of the United States Congress.

Report and coverage of the Ooni’s Visit to DC by Tosan Aduayi, George Akoji, Damilola Odetola for Trendy Africa. Special thanks to Princess Pemi Folarin, AXXESS and Pastor and Mrs. Ayo Fakulujo.