The Academy of Motion Picture Arts and Sciences bestowed the most Oscars on two films that pay homage to the early days of cinema. The Artist,” the silent movie that offers a glimpse of Hollywood during its transition to the “talkies” won for best picture, best director, best original score and best costume design. “Hugo,” Martin Scorsese’s heartfelt love letter to filmmaking, earned five awards including best art direction, visual effects as well as several technical Oscars. 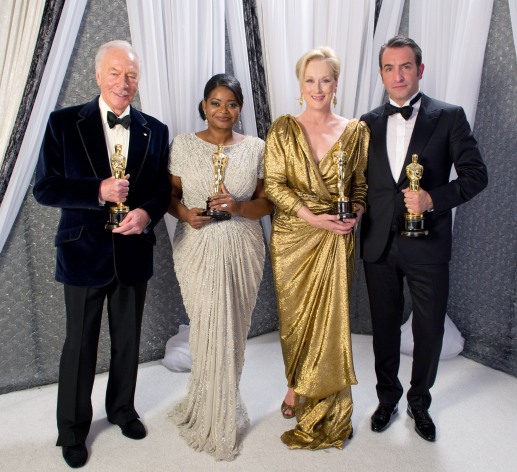 Meryl Streep beat out favorite to win Viola Davis for the Best actress Oscar for her uncanny portrayal of former British Prime Minister Margaret Thatcher in “The Iron Lady” and received a standing ovation once her name was called. “I thought I was so old and jaded, but they call your name, and you just go into sort of a — I don’t know, a white light,” Streep told reporters backstage.  “It was just thrilling.  It was like I was a kid again. I was a kid when I won this, like, 30 years ago.  Two of the nominees were not even conceived.  So, you know, it was great,” said the actress who previously won Oscars for “Kramer vs Kramer” and “Sophie’s Choice.” 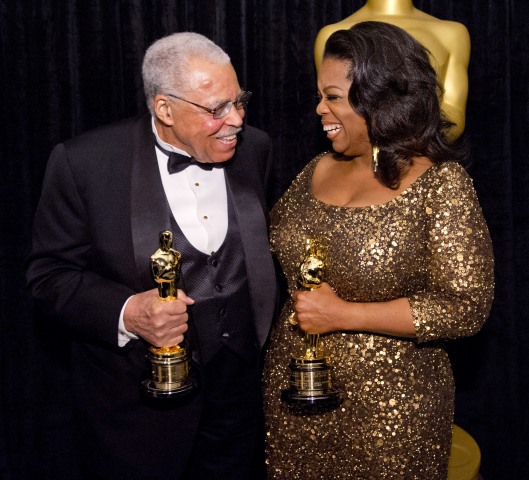 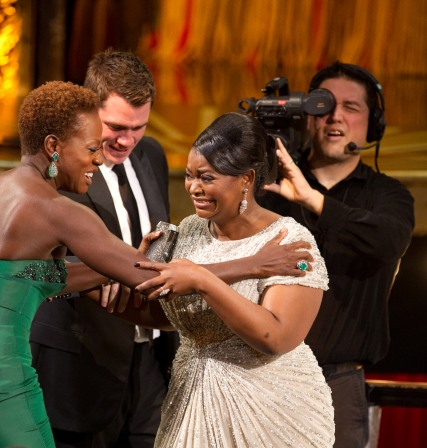 Octavia Spencer accepts the Oscar during the live ABC Television Network broadcast of the 84th Annual Academy Awards from the Hollywood and Highland Center, in Hollywood.

The supporting actress accolade went to a very emotional Octavia Spencer for playing a sassy maid in the ‘60s drama “The Help.” “Oh, thank you,” a tearful Spencer said as many in the audience rose to their feet. She expressed gratitude to her family, her colleagues from “The Help” and her native “state of Alabama” as she received the best supporting actress trophy. 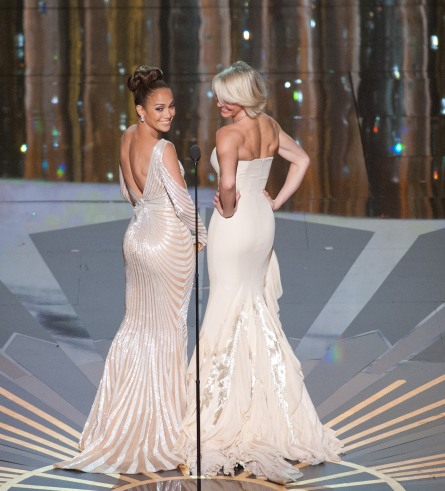 Spencer is one of just a half-dozen black actresses to have won an Oscar in the awards’ 84-year history. In the supporting actress category, Hattie McDaniel won for “Gone with the Wind,” Whoopi Goldberg for “Ghost,” Jennifer Hudson for “Dreamgirls,” and Mo’Nique for “Precious,” while Halle Berry won best actress for “Monster’s Ball.” 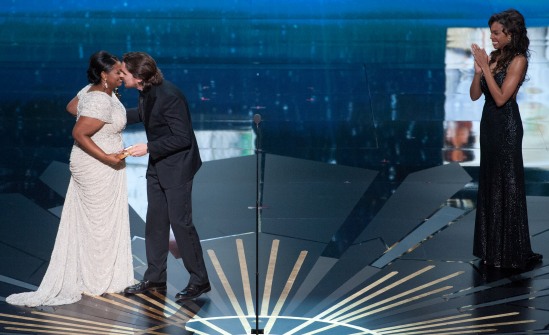 Octavia Spencer accepts the Oscar for Performance by an Actress in a Supporting Role from Christian Bale during the 84th Annual Academy Awards in Hollywood. Credit: Matt Brown / ©A.M.P.A.S.

“I’m actually going to have a quarter of a glass of champagne and hang out with friends,” Spencer told Trendy Africa backstage on how she would celebrate her win. Jean Dujardin was awarded the best actor Oscar and said he had fun making “The Artist.” “I watched a lot of movies; Douglas Fairbanks movies, Gene Kelly movies.  I had fun pretending to be a movie star in 1920s,” said the actor. 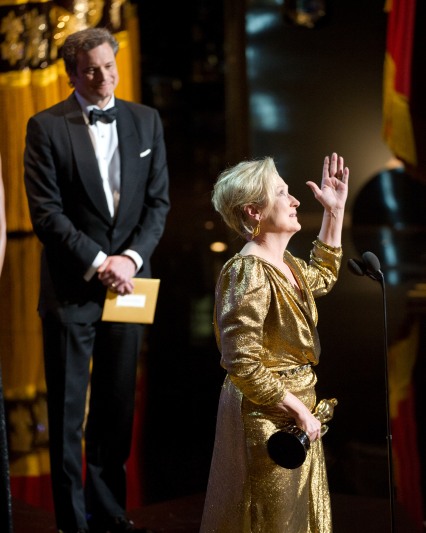 Meryl Streep accepts the Oscar for Performance by an Actress in a Leading Role for her role in “The Iron Lady”. Credit: Matt Brown / ©A.M.P.A.S.

Christopher Plummer made history by becoming the oldest actor at 82 to win an award. Plummer received the supporting actor Oscar for “The Beginners,” but told reporters backstage Charlie Chaplin was indeed the oldest actor to receive an Oscar.” 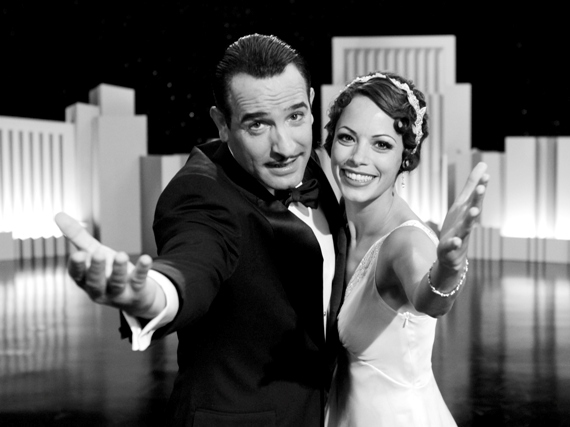 Honorary Oscars were given to James Earl Jones and Oprah Winfrey, who was recognized for her philanthropic efforts. Morgan Freeman, Jennifer Lopez and Cameron Diaz were presenters at the 84th Academy Awards, which was hosted by Billy Crystal and marked his ninth time hosting the show.