Nominations for the 86th Annual Academy awards were announced this morning and offered a few snubs and surprises. Surprise snubs were Tom Hanks, Forest Whitaker, Emma Thompson and Oprah Winfrey who all failed to garner best acting nominations.

Hanks who captivated audiences with his real life portrayal of merchant mariner Richard Phillips in one of the best movies of 2013, “Captain Philips,” was snubbed of an Oscar nomination. Also snubbed was Emma Thompson.

The British actress who starred in Disney’s “Saving Mr. Banks,” a movie which had all the hallmarks needed to sway voters was also shut out of the Oscars as was Whitaker’s and Winfrey’s magnetic performance in “Lee Daniel’s The Butler” a movie which tells the story of a White House butler who served eight American presidents over three decades. Whitaker won his first Oscar for his role in “Last King of Scotland” back in 2007. 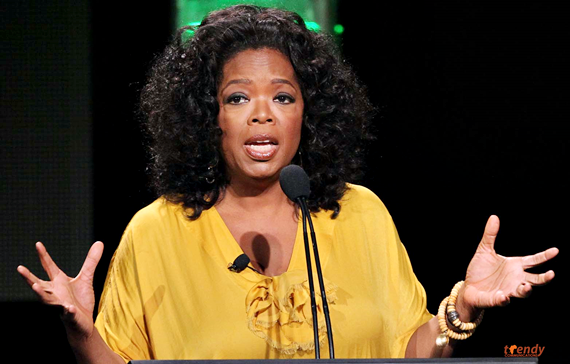 Other snubs include “Fruitvale Station’s” director Ryan Coogler and star Michael B. Jordan, David Oyelowo and Idris Elba’s “Mandela: Long Walk to Freedom.” Instead, the Academy offered few surprises heaping the Brad Pitt produced movie “12 Years a Slave” with several nominations. Chiwetel Ejiofor, Michael Fassbender and Lupita Nyong’o all revived nods for their roles in the movie and it also garnered a best picture accolade as did “American Hustle,” “Dallas Buyers Club, ” “The Wolf of Wall Street” and “Gravity.” 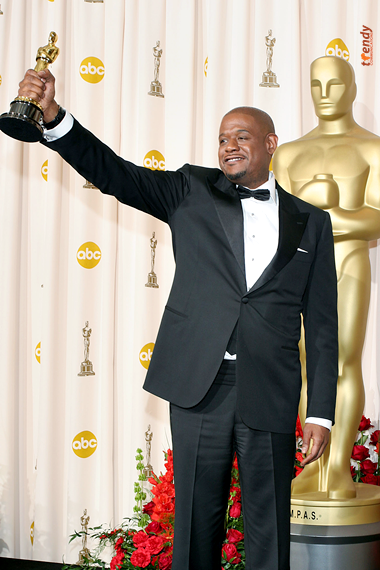 After missing out on a nomination at the NAACP Image Awards, Somalian-American actor Barkhad Abdi scored his first Oscar nomination. Abdi who was plucked from oblivion to play the role of Muse, a real life character who hijacked an American ship in the movie “Captain Phillips”, received a supporting actor nod. Abdi is up against Bradley Cooper (“American Hustle”), Jonah Hill (“The Wolf of Wall Street”) and Jared Leto (“Dallas Buyers Club”). 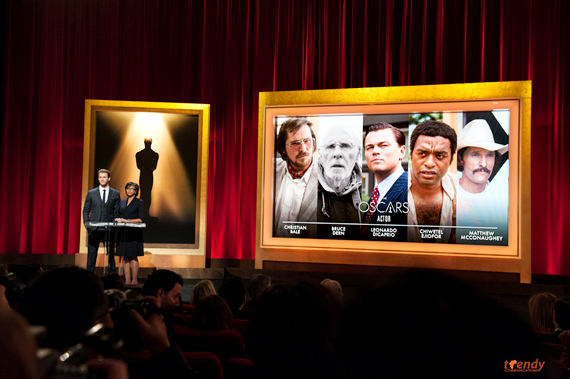 Academy Awards for outstanding film achievements of 2013 will be presented on Oscar Sunday, March 2 at the Dolby Theater at Hollywood & Highland Center and televised live on the ABC Television Network.