US-based Nigerian writer Tope Folarin has won this year’s prestigious Caine Prize for African Writing. He received the £10,000 ($15,000) prize for his short story Miracle, set in an evangelical Nigerian church in the US state of Texas. The judges described it as a “delightful and beautifully paced narrative”.

Mr. Folarin was among five writers short-listed for the prize, regarded as Africa’s leading literary award. Three other Nigerians were short-listed – Elnathan John for Bayan Layi, Abubakar Adam Ibrahim for The Whispering Trees and Chinelo Okparanta for America. 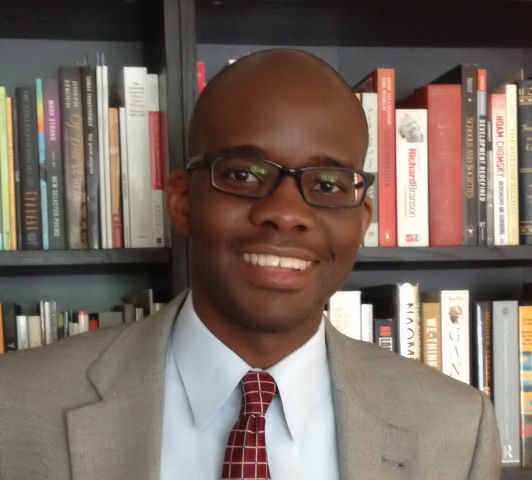 Sierra Leone’s Pede Hollist was the only non-Nigerian short-listed for his short story Foreign Aid. Ms Okparanta was the only female contender. The chair of judges, Gus Casely-Hayford, awarded Mr. Folarin the prize at a dinner held at the Bodleian Library at Oxford University in the UK.

“Tope Folarin’s Miracle is another superb Caine Prize winner – a delightful and beautifully paced narrative, that is exquisitely observed and utterly compelling,” he said. In Miracle, a congregation gathers at a church to witness the healing powers of a blind pastor-prophet.

“Religion and the gullibility of those caught in the deceit that sometimes comes with faith rise to the surface as a young boy volunteers to be healed and begins to believe in miracles,” the Caine Prize said in a statement. This is the second consecutive year that a Nigerian has won the prize.

Last year’s winner was Rotimi Babatunde for his story Bombay’s Republic – about Nigerian soldiers who fought in the Burma campaign during World War II.

Previous Article Fabulous reception at the Sijuade's
Share This
Next Article The Sugarhill Gang: How a Rap Sensation Came Undone