ABUJA, (APO) — The Islamist insurgency Boko Haram in Nigeria killed at least 2,053 civilians in an estimated 95 attacks during the first half of 2014, Human Rights Watch said today. The figures are based on detailed analyses of media reports as well as field investigations. The killings and other abuses were part of widespread attacks on civilians in over 70 towns and villages in northeastern Nigeria, in the federal capital, Abuja, and elsewhere that are apparent crimes against humanity.

There has been a dramatic increase during 2014 in the numbers of casualties from bomb blasts, including several apparent suicide bombings. Since January, at least 432 people have been reported killed in 14 blasts in crowded marketplaces, a brothel, a technical college, and, on two occasions, places where people were watching soccer matches. Three of these attacks were in Maiduguri, the Borno state capital; two in Kano; two in Jos, the Plateau state capital; and three in Abuja, the federal capital. The Abuja attacks may demonstrate a southward trend of Boko Haram operations, Human Rights Watch said.

“Boko Haram is effectively waging war on the people of northeastern Nigeria at a staggering human cost,” said Corinne Dufka, West Africa director at Human Rights Watch. “Atrocities committed as part of a widespread attack on civilians are crimes against humanity, for which those responsible need to be held to account.”

The bulk of the attacks and casualties credibly reported and investigated by Human Rights Watch took place in Borno State, the birthplace of Boko Haram, where 1,446 people died. Attacks killed 151 in Adamawa state and 143 civilians in Yobe state.

Human Rights Watch compiled the figures by analyzing credible local and international media reports, and the findings of human rights groups, as well as interviewing witnesses and victims of numerous attacks. The media reports generally quoted villagers, hospital and morgue workers, police and military officials, and local leaders who had observed, registered, counted or buried the dead. In the vast majority of cases, Boko Haram forces appeared to deliberately target civilians.

Since 2009, Jama’atu Ahlis Sunna Lidda’awati wal-Jihad, Nigeria’s Islamist insurgency popularly known as Boko Haram, has waged a violent campaign against the government to impose its authority under Sharia (Islamic) law. Widespread poverty, corruption, security force abuses, and longstanding impunity for a range of crimes have created a fertile ground in Nigeria for militant armed groups like Boko Haram.

The pace of attacks has dramatically intensified in remote villages since May 2013, when the federal government imposed a state of emergency in the northern states of Borno, Adamawa, and Yobe.

In many of the attacks Boko Haram gunmen fired on civilians, such as people gathered in busy marketplaces, places of worship, and residential neighborhoods. In three villages in Gwoza Local Government Area, Borno State, in early June, Boko Haram fighters impersonated military personnel to round up hundreds of villagers, then opened fire on them, media reports said. Two local chiefs from Attagara, one of the villages, told journalists they had buried 110 people killed in the attack.

On May 6, Boko Haram fighters allegedly killed 336 villagers in the twin towns of Gamboru-Ngala during an attack in which they used two armored personnel carriers they had stolen from the Nigerian military several months earlier. Residents reported that the villages had been burned to the ground. 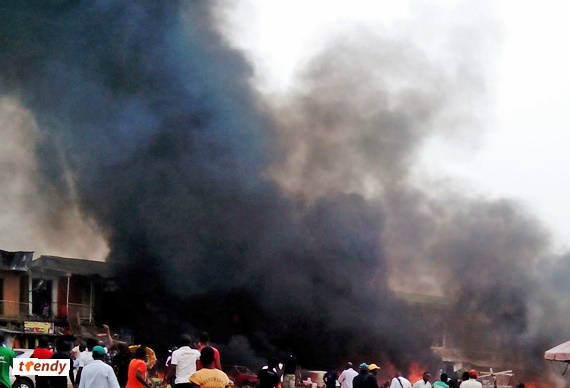 Boko Haram’s kidnapping of 276 girls from a school in Chibok in April was not its only attack on schools in the northeast. In February, Boko Haram militants locked the doors to a boys’ dormitory of the Federal Government College of Buni Yadi, a secondary school near Damaturu, Yobe State and set the building on fire, killing 59.

Boko Haram forces have abducted and otherwise abused hundreds of women and girls during the attacks. Human Rights Watch will release a report in coming weeks on abuses by Boko Haram against girls and women, based on interviews with victims and witnesses in June. The report will also examine the deficiencies in the Nigerian government’s response to these abuses.

The killings and other abuses by Boko Haram appear to rise to the level of crimes against humanity. The Rome Statute of the International Criminal Court, to which Nigeria is a party, defines crimes against humanity as various criminal offenses, including murder, torture and rape that are “committed as part of a widespread or systematic attack directed against any civilian population, with knowledge of the attack.” Such crimes can be committed by a government or a non-state group. They must be widespread or systematic, but need not be both. “Widespread” refers to the scale of the acts or number of victims. A “systematic” attack indicates “a pattern or methodical plan.”

Since 2009, and increasingly since mid-2013, Boko Haram has carried out several hundred attacks against civilians and civilian structures in schools, marketplaces, and places of worship in villages, towns and even cities. The nature and frequency of the attacks indicate the actions of an organized movement. This is evidenced by the presence of convoys of trucks, motorbikes, and occasionally armored personnel carriers with well-armed gunmen; the fashion in which gunmen were seen deploying in and around the target or setting up checkpoints; and the planning required to infiltrate the cities in which attacks took place.

Human Rights Watch and other national and international human rights groups have also documented abuses by the Nigerian Security Forces since 2009 as they responded to the attacks by Boko Haram. These include excessive use of force, burning homes, physical abuse, and extrajudicial killings of those suspected of supporting Boko Haram. Amnesty International found that following a March 14 Boko Haram attack on Giwa Barracks that led to the escape of hundreds of detainees, the security forces executed hundreds of the unarmed recaptured detainees.

Security forces have rounded up hundreds of men and boys suspected of supporting Boko Haram, detained them in inhuman conditions and physically abused or killed them. Many others have been forcibly disappeared. The Nigerian government should account for the “disappeared” and ensure that all law enforcement operations are conducted in full accordance with international human rights standards.

“No matter how egregious the violence, Nigerian security forces engaged in operations against Boko Haram may not operate outside the law,” Dufka said. “The Nigerian government should recognize that it needs to protect its population both from Boko Haram and from abusive members of its own military and police.”