Imagine if you could contain crime to just one night each year without facing any consequences, what would you do? Would you behead an adversary, rob a bank or simply kill for the fun of it? It’s the million-dollar question that makes “The Purge: Anarchy” a thought provoking intense thriller as the film’s premise puts you in an anticipatory mood.

A sequel to last year’s “The Purge,” it returns us to a dystopic future in 2023 where the government has sanctioned its annual 12-hour Purge to ensure that the crime rate stays below one percent for the rest of the year. With police and hospitals suspending help, it’s the one night each year when citizens can commit crimes without any punishment or fear of retribution. In a nutshell, it’s a free-for-all for pedophiles and psychopaths. 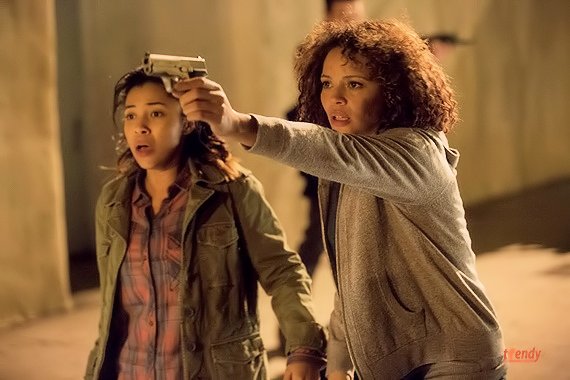 Writer/director James DeMonaco wastes little time in introducing us to a group of five citizens who over the course of the night becomes allies.  Just minutes before the annual Purge begins on March 21 at 7:00 p.m., we meet Eva (Carmen Ejogo) who lives in a bad neighborhood with her daughter (Zoe Soul) who is trying to get home, Leo, (Frank Grillo) a sergeant who is planning a vigilante mission of vengeance against a man who killed his son and a couple who find themselves stranded after their car breaks down. 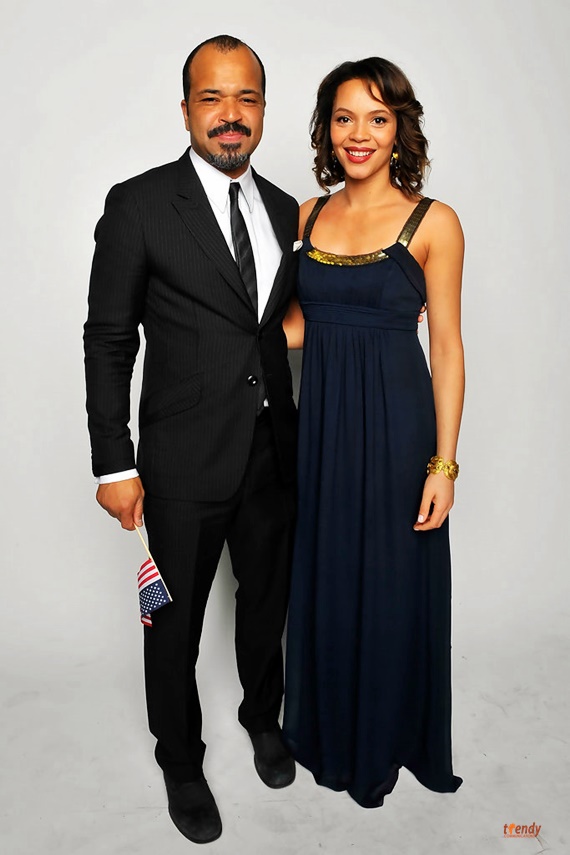 The next hour devotes itself to spectacular nonstop bouts of slaughter as the strangers through dire circumstances meet and band together in an effort to stay alive and make it through lawless night.  Seeking refuge where they can as a masked gang trails them through downtown Los Angeles.

“My character goes through an incredible arc—from being passive and codependent on her daughter, to being proactive and empowered,” shares British/Nigerian actress Ejogo (“Sparkle,” “Alex Cross”) who just wrapped filming writer/director Ava DuVernay’s “Selma,” as Coretta Scott King for Brad Pitt’s Plan B Entertainment and producer Oprah Winfrey. “I grew up watching conspiratorial government movies and this seemed to be in that wheelhouse, so in terms of subject matter it appealed to me. I also thought it was interesting the fact that it was a social commentary on gun violence in America, which is something I’m very interested in and what the ramifications are for all of us culturally.” 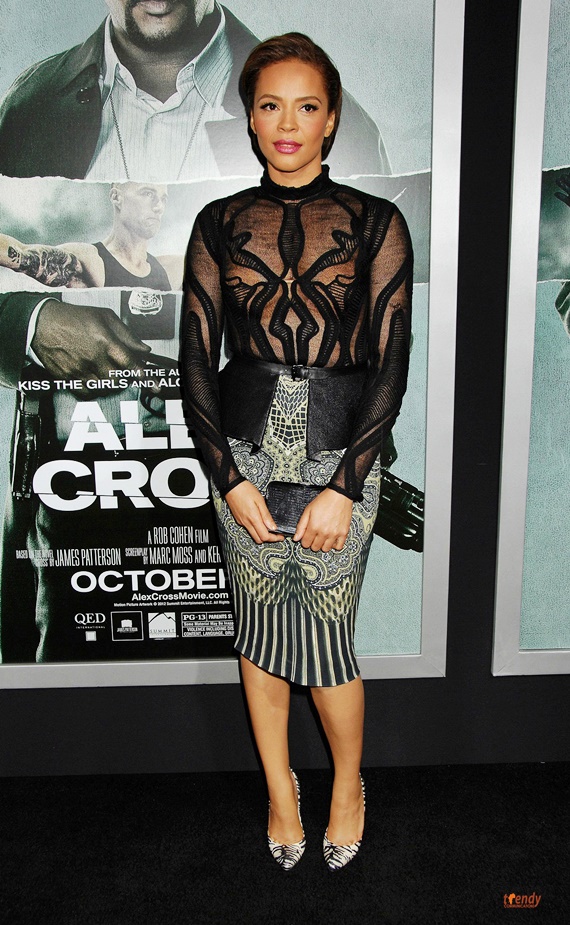 At its best, the film has some scary jolts and what makes this film a better sequel is that it places the audience outside on the streets during the annual purge so there’s plenty of action, madness and mayhem.

John Beasley has a small role as Ejogo’s ailing father who sacrifices himself to a group of wealthy socialites who kill for the thrill of it while Michael K. Williams (“The Wire”) rounds off the cast as the leader of a resistance group who questions The Purge’s rationale.

There are a few gaping plot holes and a couple of things that don’t quite add up, but ultimately “The Purge: Anarchy” is a tense thriller that is sure to get you talking, and thinking as you exit the theater.

Samantha Ofole-Prince is a California based Entertainment Editor/Writer for Trendy Africa.