He’s a 20 year veteran of television with credits on over 300 hundred produced television episodes, yet Bentley Kyle Evans says he still finds it a challenge getting his projects on major networks. “I offer African American content, and the major networks are not interested in distributing African American content. They are just not interested in hearing our stories.” Evans, the executive producer of “Martin” one of the most successful black sitcoms of the ‘90s, became one of the first African American show runners to have sitcoms airing on two networks simultaneously with the creation of “The Jamie Foxx show.” 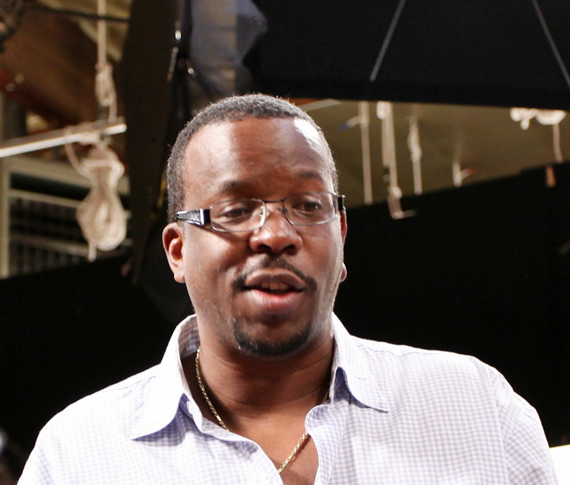 With two sitcoms set to air this month on TV One and Bounce TV he’s repeating history. “Love that Girl!” the award winning series he created will return for another season this fall on TV One sans its lead Tatyana Ali who Evans says is taking a hiatus from the show. In addition, Bounce TV will premiere his latest sitcom “My Crazy Roommate,” a comedy which follows two women from vastly different backgrounds who share an apartment while on a crusade to find fame and fortune in Hollywood. “It’s like a modern day ‘Laverne and Shirley’ with an urban twist and a little bit of ‘Two Broke Girls’ and ‘The Odd Couple.”

A situation comedy which found inspiration in the life of its creator, the series stars Laila Odom as Brooke, and Brittany Richards as Chloe — two roommates who are polar opposites.  Andrew Dits, Hari Williams, Karen Constantine, and Gregg Wayans, nephew of Damon and Marlon Wayans in his first comedic role rounds up the cast. “It’s a real ensemble piece and the idea came from a look back at my life experience,” shares Evans. With ten episodes helmed, Evans is hoping the partnership with Bounce TV, the 24 hour network targeted towards African Americans, will be a fruitful one. 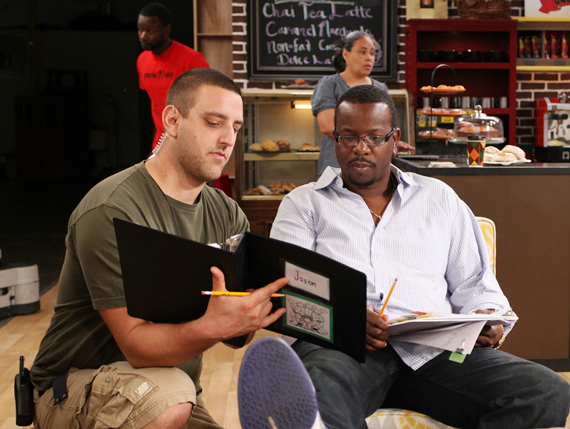 “We are the number one consumers in the entire nation and with Bounce TV being a partner it’s a chance for us to put back on television content like we were able to do with ‘Martin’ and ‘The Cosby Show.’ I can’t understand why we are not more prevalent on television especially when you have a beautiful African American family in the White house. That is why I love what Bounce TV, the OWN Network, TV One and the BET Network are doing. They are giving us the opportunity to distribute content to African Americans.”