Twenty-two people have now died in the collapse of a five-storey building under construction in an upmarket area of Nigeria’s biggest city Lagos, a rescue official said Wednesday. “We recovered four more bodies today when we resumed operations, bringing the total death toll so far to 22,” Ibrahim Farinloye, from the National Emergency Management Agency (NEMA), told AFP.

“Some of the 13 people picked up alive from the wreckage of the building have been taken to the general hospital on Lagos Island, treated and discharged.” The collapse occurred on Tuesday in the southeastern district of Lekki, which has some of the most expensive real estate in the city and has developed rapidly in recent years into a preferred location for wealthier Nigerians and expatriate workers. 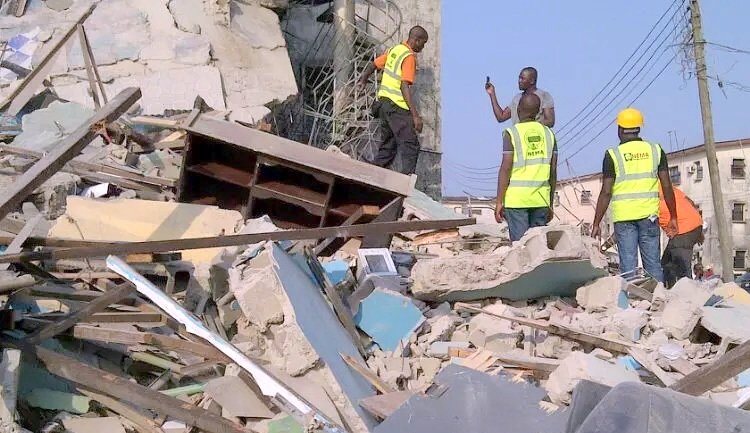 Building collapses happen frequently in densely populated areas of Lagos, which is home to some 20 million people. Poor workmanship and materials, and a lack of official oversight are often blamed. But collapses are rarer in wealthier districts. Lekki is home to gated communities of US-style suburban homes and prices for a detached house can reach into the millions of dollars.

It was not immediately clear what caused the collapse, which happened after heavy rains, and Farinloye said local government agencies had begun an investigation. The stricken building was owned by Lekki Gardens, a Nigerian private real estate company which has properties in the area, the NEMA official added.