In commemoration of this year’s International Women’s Day, influential figures across the world has urged world leaders to act on promises to end extreme poverty faster by investing in girls and women. Top among the influential figures who have added their voices to the campaign are Oprah Winfrey, Muhammad Ali, D’Banj, Melinda Gates, Femi Kuti, Charlize Theron, Yemi Alade, Bono, and many others.

New analysis in ONE’s 2016 Poverty is Sexist report ranks the toughest countries in which to be born a girl, with Republic of Niger topping the list, followed by Somalia and Mali. Compared to their brothers, girls here have less education, lack access to opportunities, such as opening a bank account, and are less likely to get paid work when they grow up. Sixteen of the 20 countries that top the list are found in Africa, making it imperative for African leaders to fast-track efforts in improving women’s development.

Pop star, D’banj said it will be very pleasant if more girls had the chance to grow up to be empowered women, where all women went to school and were not forced into early marriages. “Extreme poverty is choking the potential of generations of young women in the developing world. Poverty is sexist. It hits girls and women harder than it does boys and men, creating a real urgency that world leaders must address. Women need to be better empowered, especially in areas such as agriculture and healthcare, so that they can contribute their best to the development of Nigeria. Women need better access to land, inputs, better maternal healthcare, among others.  That’s why I’m raising my voice and asking others to do the same.” 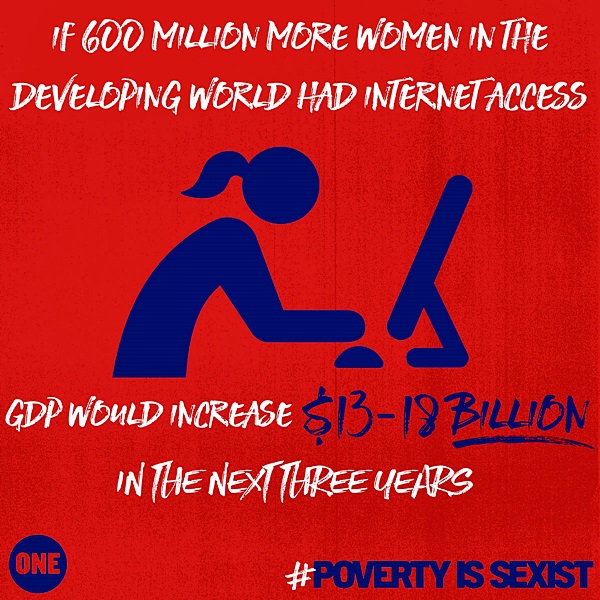 Grammy Award-Winning Artist and Activist, Angelique Kidjo said “The future of Africa is in the hands of its young women. If they are educated, they will educate their communities. If they are healthy, they will ensure others grow up healthy. If they are empowered, they will change the world. We can break the cycle of poverty, but we have to invest in girls and women to do it.” 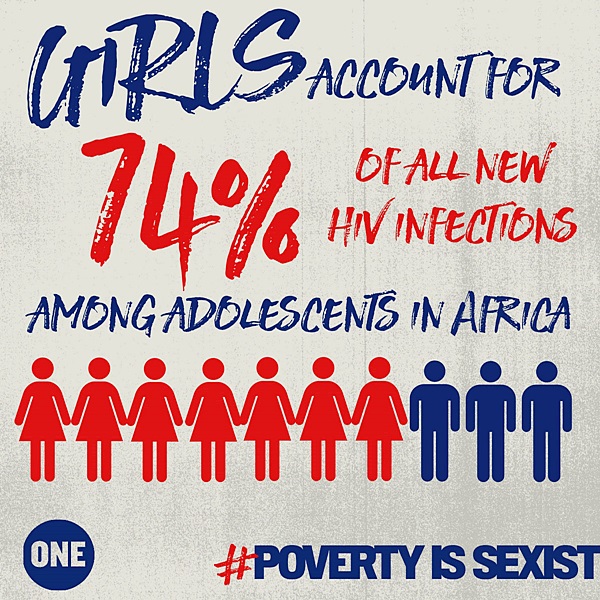 Popular singer, Yemi Alade also added her voice and gave reasons why she is supporting the campaign. “We live in a world where women and girls are most disadvantaged by extreme poverty – on a continent where women and girls are particularly marginalised – socially, economically and legally. Every day, in every corner of the world, they are stopped from reaching their full potential. That is why I was part of ONE’s Strong Girl campaign and that is why I continue to join other leaders to raise my voice today.” 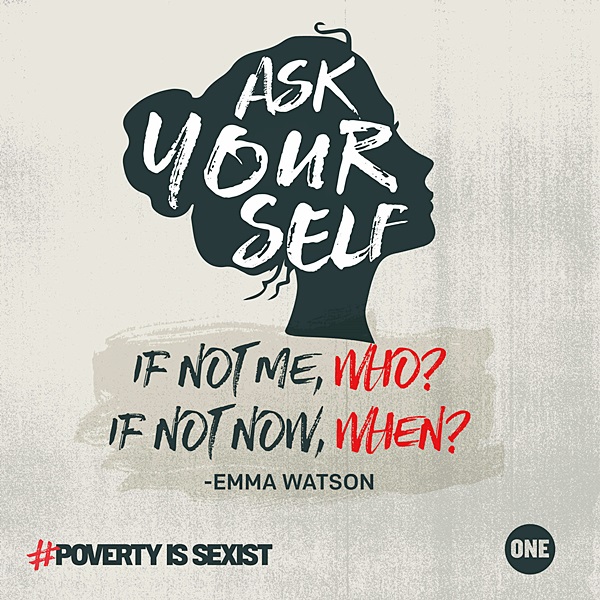 Nachilala Nkombo, Acting Executive Director of ONE Africa said “ONE’s Poverty is Sexist report shows that the 20 toughest places to be born a girl are also among the poorest places on the planet. Until leaders tackle the injustices that pervade the lives of girls and women and invest in fighting poverty, half of the world’s resources will remain untapped and social and economic progress for everyone will be constrained”.

The ONE Campaign’s Poverty is Sexist report calls for policies that ensure legal equality for all and increased access to safe and reliable energy, which will particularly benefit girls and women. There must also be concerted efforts to connect everyone to the internet and further ensure that governments, businesses and civil society open up their own data so the public are able to see and account for progress towards achieving the Global Goals indicators.