Popular actress cum producer, Stephanie Linus and star of Tunde Kelani’s movie, Dazzling Mirage, Kemi Lala Akindoju, emerged as the big winners at this year’s edition of the AfricaMagic Viewers Choice Awards, AMVCA, which held Sunday at Eko hotel, Lagos, with each walking away with a brand new SUV car. Stephanie’s advocacy movie, “Dry”which is based on a true life story about Zara and Halima who find each other in the same cultural trap regardless of their backgrounds was adjudged the best overall movie in Africa. The film defeated ” Stigma”‘ by Dagogo Diminias, “The Visit” by Biodun Stephens, “The Refugees” by Frank Rajah Arase, “Silverrain” by Juliet Asante and Stanlee Ohikhuare’s ” Common Man” to clinch the trophy. She walked away with a brand new SUV car. Also, fast rising actress Kemi Lala Akindoju smiled home with a brand new SUV care too, having won the Trailblazer award. 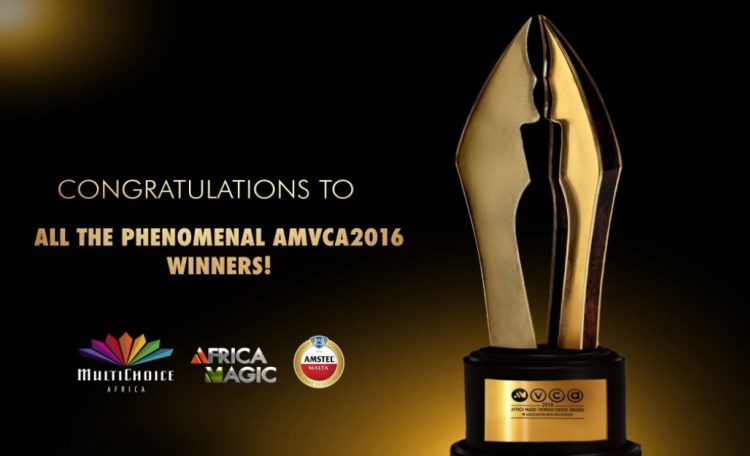 Other winners of the night include, Adesua Etomi, who won the best actress drama(female) for her role in “Falling”, another new kid on the block, Daniel K Daniel won the Best actor drama(male) for his sterling performance in ‘A Soldiers Story’, Funke Akindele won the Best Actress, Comedy for her role in her movie, “Jenifa’s Diary.” While Chinny Onwugbenu, Genevieve Nnaji, Chichi Nwoko won Best Movie – West African (Road to Yesterday), the Best Director award went to South African-based Nigerian director, Akin Omotosho for his film ‘Tell me something sweet’. Veteran actress Bukky Zainab Ajayi was honoured with the Industry Merit Award alongside Sadiq Daba for their contributions towards the growth of the film sector in Africa. Meanwhile the highpoint of the night was when the veteran actress who was part of the now rested Village Headmaster was wheeled to the stage to receive her award.