Nairobi – Kenya’s election commission announced early Saturday that Deputy Prime Minister Uhuru Kenyatta had prevailed in the country’s presidential elections by the slimmest of margins, winning 50.03% of the vote according to provisional figures.

Diplomats were worried they might have to weaken ties with the east African nation if Kenyatta is elected because he faces charges of crimes against humanity at the International Criminal court at The Hague. The result will almost certainly be challenged in the courts by his opponent, the Prime Minister Raila Odinga. 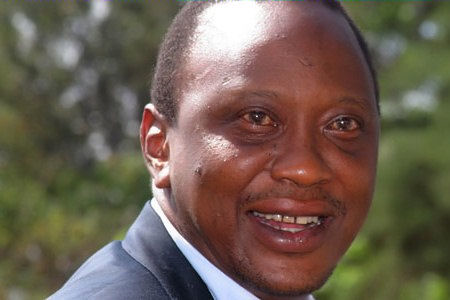 The ballot went off relatively smoothly on Monday, despite widespread fears of violence. Five years ago, more than 1,200 people were killed and hundreds of thousands displaced over disputed polls, and Kenyatta is accused of organising that violence. But, apart from a few coastal skirmishes, this time the elections were peaceful, winning praise from international observers.

The Independent Electoral and Boundaries Commission identified the problem as low disk space, which caused a slowdown in transmission, and declared the issue solved.

But by Wednesday afternoon, only 40% of results were in, so IEBC chairperson, Ahmed Issack Hassan, decided to scrap the whole apparatus and call the 291 constituency officers to Nairobi for a manual tally.

Another challenge came from the African Centre for Open Governance (AfriCog), which has filed a suit against the IEBC to stop tallying until all concerns were addressed.

From the outset, Kenyatta had kept ahead, hovering around 50% of cast votes compared with Odinga’s rough 43%. If Kenyatta had not broken through the 50% barrier he would have faced a runoff next month. Kenyans hoped this vote would restore their nation’s reputation as one of Africa’s most stable democracies after the tribal slaughter that followed the disputed 2007 vote that Odinga said Mwai Kibaki stole from him.

The test will be whether any challenges to the outcome are worked out in the courts of the newly reformed judiciary, and do not spill over into the streets, as they did in 2007.

On behalf of the United States of America, I want to congratulate the people of Kenya for voting peacefully on March 4 and all those elected to office. Across the country, Kenyans turned out by the millions to exercise their most fundamental democratic right. I am inspired by the overwhelming desire of Kenyans to peacefully make their voices heard, and I applaud the patience they have shown as votes were tallied.

Foremost in our minds is a desire to see the will of the Kenyan people expressed freely and fairly. We strongly urge all parties and their supporters to peacefully address any disputes with today’s announcement by the Independent Electoral and Boundaries Commission through the Kenyan legal system, rather than on the streets. These elections are an historic opportunity for the people of Kenya to come together to build a better future. Since its independence in 1963, Kenya has been one of America’s strongest and most enduring partners in Africa. We stand with you at this historic moment and will continue to be a strong friend and ally of the Kenyan people.