The shift in the dates of the Nigerian general elections will invariably allow for the useful observations made by the ECOWAS Long Term Election Observation Mission (LTEOM) to be taken into consideration by relevant authorities in Nigeria on the road to successful general elections now slated for March 28th and April 11th 2015.

At a debriefing exercise for the ECOWAS election monitors who gathered in Abuja Tuesday February 10 for next steps and planning appraisal, the ECOWAS Commissioner for Political Affairs Peace and Security (PAPS) Salamatu Hussaini Suleiman also restated the need for the regional observers, (the largest-250 to cover the Nigerian election) remain neutral and committed to the electoral code after having a successful spell of initial monitoring. 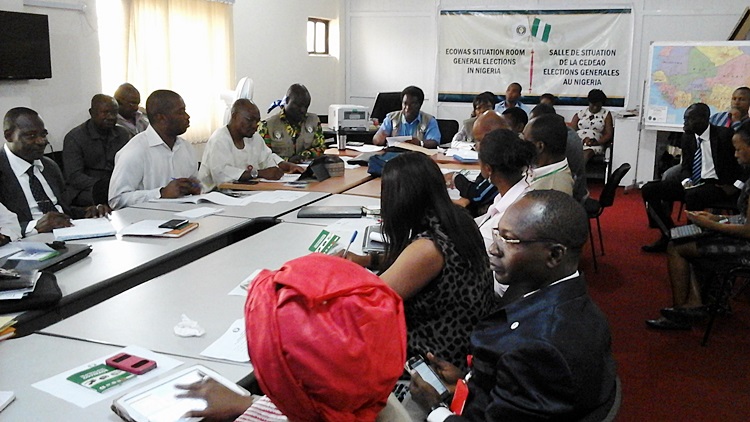 The team was dispatched to five zones of Nigeria being coordinated from Enugu, Port Harcourt, Lagos, Kano and Abuja. Together with the ECOWAS Director of Political Affairs Dr. Remi Ajibewa and head elections observations technical team Mr. Francis Oke, the monitors were debriefed on general observations and field reports. 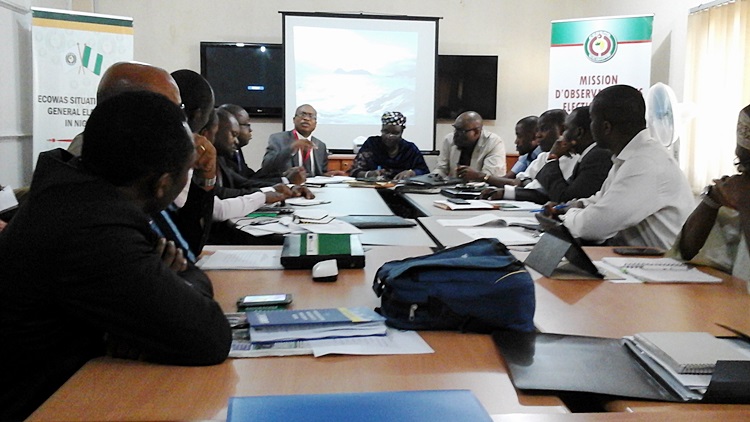 Commissioner Sulaiman pleaded that the regional group will “look into the issue of coordination of police and INEC for PVC collection but with sensitivity as to where the responsibility of ECOWAS ends in this matter” She stressed that neutrality is of utmost necessity as the ECOWAS observer mission carries out its work warning that members of the team are not allowed to criticize any political party action or the decisions of the Nigerian government over the elections. “This is not the business of  ECOWAS. Ours is to observe the elections and help with its processes. When we give and pass an opinion then our job is no longer technical but partisan” She added. 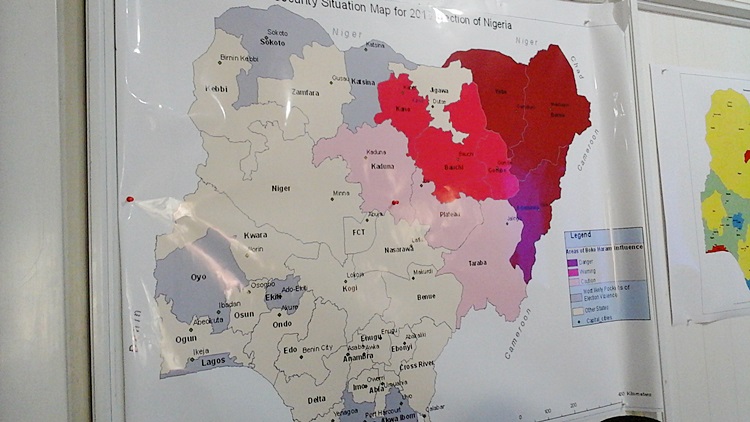 ECOWAS also encouraged INEC to take advantage of the postponement to complete all pre-election arrangements, particularly the distribution of PVCs in order to ensure free and credible elections while stakeholders were urged to refrain from any utterances and speeches that may incite their supporters or opponents to violence. Apart from calls for ECOWAS to lead the process of quiet diplomacy before the elections are held in March, a critical suggestion was on the high need for ECOWAS to engage the antennae of its early warning system in areas where there election upsets are likely, where key actors come from as well as areas that have history of post elections violence.