As Infrastructure and housing shortages continue to be a pressing need in Africa, a delegation of 30 Kenyans in the real estate and construction fields recently flew to Los Angeles to seek partnerships with American-based companies in the heavy construction and building trades.  In attendance were a total of 65 companies.

The U. S. Department of Commerce, East Africa, the Kenyan Construction Authority, and representatives from Senegal, Uganda, Ghana, Kenya and Ethiopia convened at the Bedford Group on March 7th to hear presentations outlining the latest innovations in brick, tile, water, irrigation and solar power.

The meeting is one of several leading up to the Africa Trade Link and Expo set for Nairobi, Kenya from July 23-27th, 2014, which is being held to further foster trade between African and American companies. 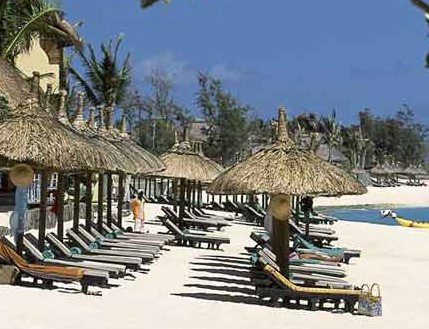 “The purpose of the meeting is to discuss our American capacity to fill the Kenyan and other contractor’s immediate needs,” said Judi MiNage, Executive-Producer of the ATL and Expo. “The delegates are looking for heavy duty construction equipment as well as expertise in construction.”

Kicking off the presentations was Robert Morriss, president of the RB Morriss Company, who discussed a compressed earthen block machine that can manufacture blocks from soil without using cement. Holding up photos of homes his company had built on the continent, Morriss said that his company is able to manufacture roofs composed of materials made from waste plastic and sand. Morris said that the average cost of a home made with earthen blocks costs approximately $10,000.

“Making homes out of compressed earthen blocks can save thousands of dollars in cooling and heating costs,” he pointed out.

Kent Dogey of Aurora Solar said his company could supply solar pumps for irrigation, as well as solar panels for hot water and electricity. “A lot of times, when the sun goes down in rural parts of Kenya, there is no light,” Dogey pointed out. “Our company can supply a small solar panel and a small battery that can provide illumination.” 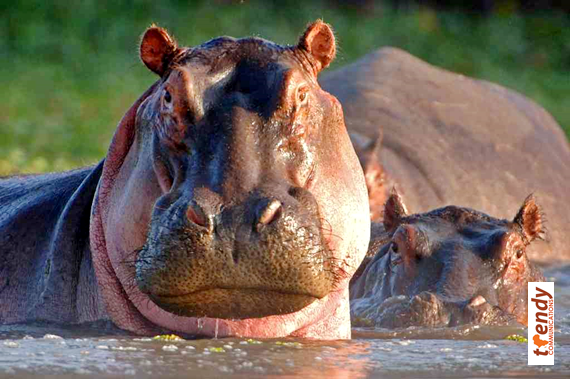 Also present were Russell Taylor and Joy Elliott of the Lift Regional Center, a company that helps investors obtain visas in the United States to in order to pursue trade opportunities.

“We are looking forward to partnering and establishing long-term relationships between African and American companies,” said Tyrone Hooks, co-producer of the ATL and Expo. “Our major effort will be to create jobs and opportunities for Africans and African-Americans, and we want to make sure we create a profitable win-win relationship.”

“The conference was very informative,” said Samuel Mambo Akymu of Sasah Contractors in Kisumu, Kenya, whose company builds hostels for students. He said that he was pleased that he was able to connect with several partners at the conference. “Now we are in connection with companies that will be able to provide the technology as well as help with financing. This will provide employment opportunities for young Kenyans to help elevate him out of poverty.”

Benjamin Walker, Jr., project director of African Business and Culture Development, expressed concern about the high unemployment rate in both the United States and Africa. He hoped that the conference would generate jobs and training opportunities. “Here in the United States, we have a 30 percent unemployment rate, but in Kenya it is 64 percent,” he pointed out. “We hope to set up a light assembly training program in Kenya so that the young men can step up and improve themselves.”

Many, of the more than 60, attendees expressed excitement about Power Africa, the initiative announced by President Barack Obama in June 2013 that will bring access to power to 600 million people in sub-Saharan Africa—including the countries of Ethiopia, Ghana, Kenya, Liberia, Nigeria, and Tanzania. More than $7 billion in financial support has been committed to the project.

“President Obama is trying to get Africa power, and Power Africa is being supported by all of the trade and development agencies in the United States,” said Humprey Lilech, Senior Commercial Specialist, Embassy of the United States of America in Nairobi, who also attended the conference.

The Honorable Tom Joseph Kajwang’, Member of Parliament of the Ruaraka Constituency in Nairobi, Kenya, hoped that the conference was just the tip of the iceberg in generating business opportunities between Africans and Americans. “One of the problems we are having in Africa is the international invasion of the Chinese, Japanese and other groups from the East,” Kajwang’ pointed out. “Once the Asians discover vast amounts of oil in Africa, the whole Eastern world is there. The East is pouring into Africa with sugar coated business opportunities, but instead they are taking away the business potential of Africa.”

Previous Article New Album for Will Downing
Share This
Next Article New Video: ‘Through the Rain’ by Bobby Michaels