That’s the question Seth Rogen and his directing partner Evan Goldberg answer in their latest comedy “This Is The End.” An alcohol-fueled, potty-mouthed movie which is sure to offend a few, it follows six friends – who just happen to be James Franco, Jonah Hill, Seth Rogen, Jay Baruchel, Danny McBride, and Craig Robinson — all playing themselves, who are trapped in Franco’s house as the Apocalypse occurs. 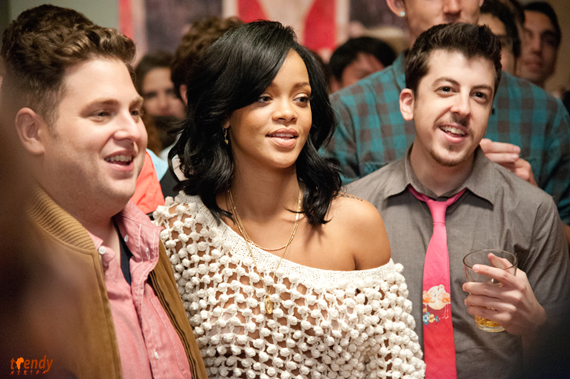 L-r, Jonah Hill, Rihanna and Christopher Mintz-Plasse star in Columbia Pictures’ “This Is The End” (Photo by Suzanne Hanover)

“Everybody knows that we’re friends and we’re always in movies together,” quips Rogen, “and people think they know everything about you based on the characters you play, so we thought it would be funny to play into that and have these characters behave in the way that everybody thinks is what we’re like off-screen.”

The movie begins with a party at James Franco’s house. Rihanna’s there as is Kevin Hart, Michael Cera, and many others, when suddenly, the earth opens up, the Hollywood sign erupts in flames, good folks are beamed up to Heaven and judgment day is declared on earth. 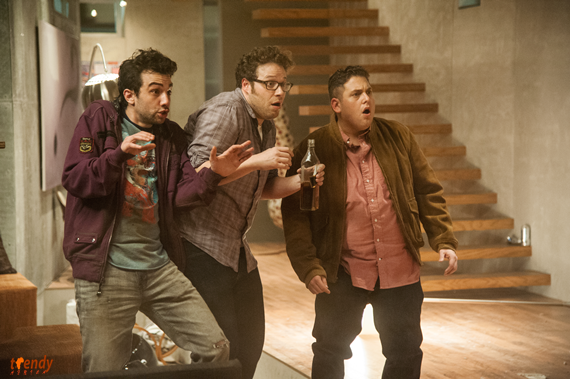 There’s only one way to survive an Apocalypse and with everyone around them either dying or being beamed to heaven, it becomes a struggle for survival as Hill, Rogen, Baruchel, McBride and Robinson try to alter their fate. With dwindling supplies and cabin fever, they are eventually forced to leave the house to face their fate and the true meaning of friendship and redemption. 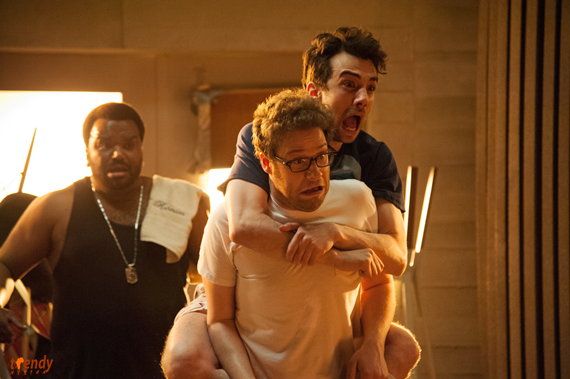 Made with pain-staking care as though not to defy offence, “This Is The End” is fertile ground for comedy. There’s lots of chemistry among the likeable actors who all bring a unique brand of humor.

“Danny is a delightful sweetheart, but his character is a maniac,” shares Rogen. “Franco in real life is nothing like the way he acts in the movie and Craig isn’t a jerk like his character, but is a guy who carries a towel around to wipe sweat off his face.” 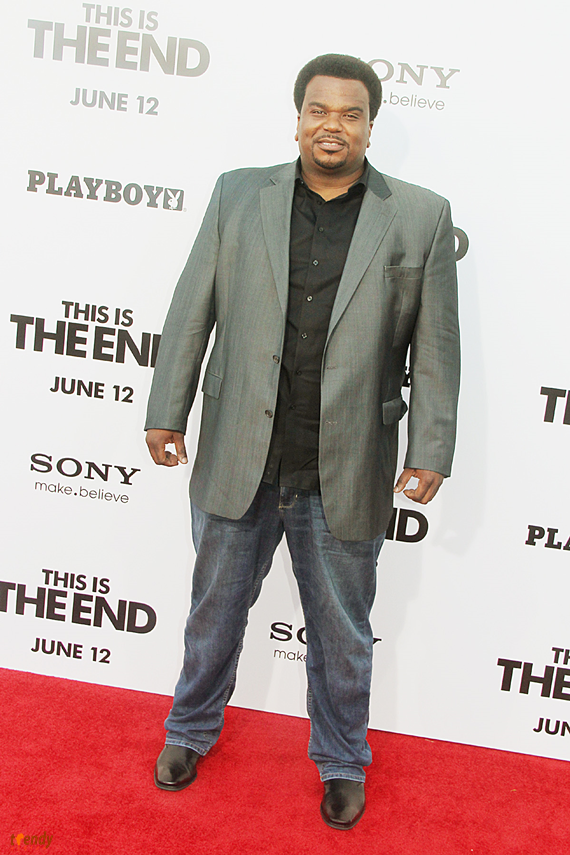 With ridiculously funny cameos from Emma Watson and Channing Tatum, watching their race for redemption is hilarious.

Even though the movie deals with judgment day and quotes several Biblical passages, there’s extreme profanity and juvenile gross-out gags. But in the end, all that doesn’t make “This Is The End” a bad movie. 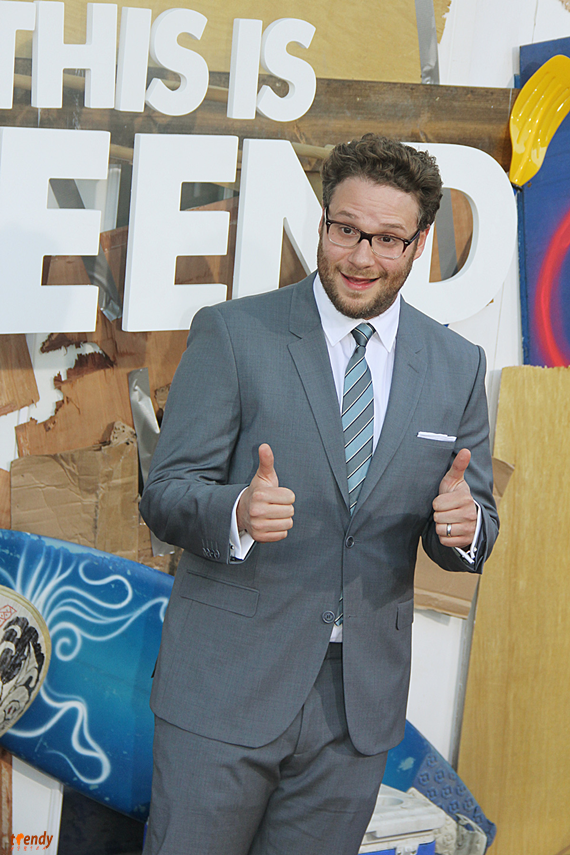 “I hope that people understand that we are taking shots at ourselves by playing such awful versions of ourselves,” adds Hill. “Actors are easy targets to make fun of, so I think it’s good to show a sense of humor about what you do, and try not to take yourself too seriously.” 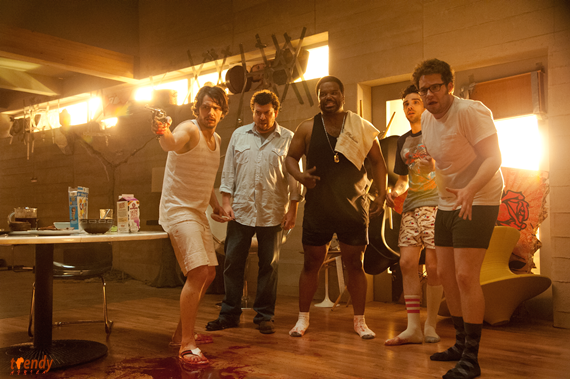 “This Is The End” is currently playing in theaters.