The Line outside Sweetie Pie’s each day isn’t likely to decrease any day soon. Which isn’t a bad thing for entrepreneur Miss Robbie Montgomery and her family whose reality show “Welcome to Sweetie Pie’s” has been a huge success for the OWN Network.

The show is essentially a free weekly national commercial for the small business which Miss Robbie, a 73 year-old former singer for Ike and Tina Turner, started in 1996 in St. Louis, Missouri after a collapsed lung put an end to her singing career.

Initially a home-cooked, home grown soul food eatery with a cafeteria-style setting, it has since expanded to three branches around the city, and became a backdrop for the OWN docu-series three years ago. 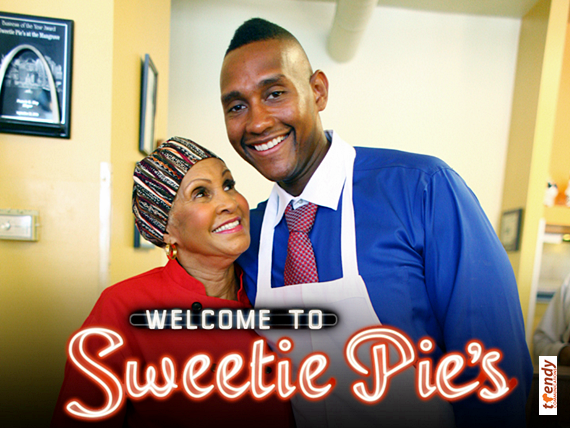 Averaging one million viewers per episode, the series follows the soul food entrepreneur, her nephew Lil’ Charles, son Tim Norman, his girlfriend Jenae and their son TJ, and focuses on the running of their chain of soul food restaurants called Sweetie Pie’s.

Both hilarity and drama are offered in equal measure as Miss Robbie, who has cemented her spot as one of TV’s most popular personalities, and her loving family work to expand their empire, one soulful dish at a time.

“We act crazy so it’s just them following us acting crazy,” laughs Miss Robbie. “It’s hard to keep doing the same thing over and over, but there are so many things that happen in the restaurant. Some days it really does feel intrusive having the cameras follow you around, but I know I have to work as its work to me.”

Now in its sixth season, the series that premiered on the Oprah Winfrey Network in the fall of 2011 has been one of the few ratings success stories for OWN, a joint venture between Discovery Networks and Oprah Winfrey.

“It was a situation where God was just in alignment,’ shares Tim on the show’s conception. “OWN was just beginning and they needed shows. At the time, I was always running around with the camera in the restaurant. A friend of mine introduced me to a TV producer and it [the footage] got edited and passed around and was picked up by the network in less than two months. It was really a blessing.”

After five seasons on air, the two say business for their restaurant has tripled with busloads of tourists visiting their eateries on a daily basis.

“Any business needs advertising and you can’t pay for advertising like this,” shares Tim. “We have people flying in from London, Africa and busloads of people from all over the world and some who just take a weekend trip just to come and eat.” 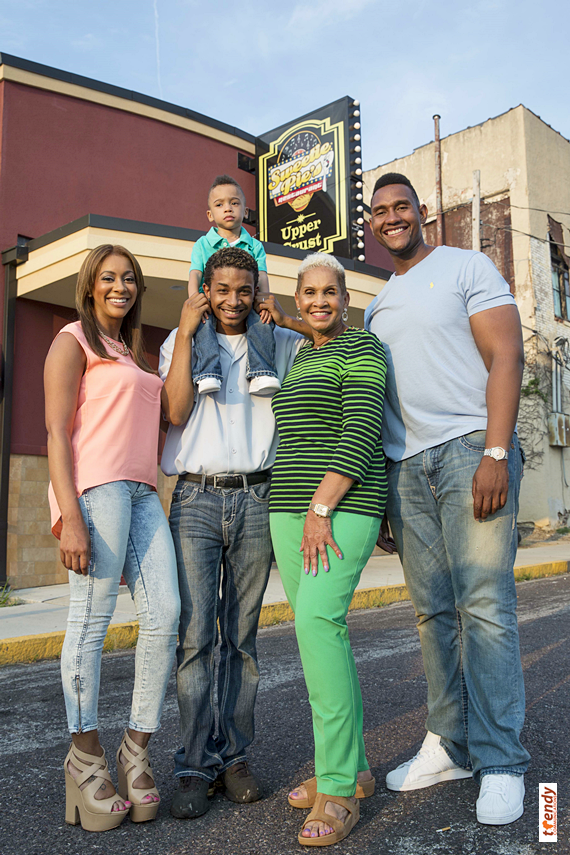 A two-time NAACP Image Award nominee and 2013 Image Award winner for “Best Reality Series,” it’s one of the few programs on TV that portrays an African-American family in a positive light.

“It’s not scripted” adds Tim. “The camera follows us around and we see the show the same time you see it so we don’t get to edit anything.”

With all-new episodes of the hit show scheduled to air on OWN, the new season sees Miss Robbie and Tim contemplating expanding their franchise beyond St. Louis to Houston.

“I lived in Los Angeles for 40 years as a singer and soul food is hard to find,” says Robbie, “so I want to bring Sweetie Pie’s to Los Angeles as I think it would do well but Tim wants to expand to Houston.”

With the two wanting to expand the restaurant in different cities, Tim is going to have to really convince Miss Robbie that Houston is a better option.

Reality TV has certainly been good to the duo and one thing mother and son will both agree on is the hope that they can pick up even more viewers this season.

“I am just hoping we get more viewers this year,” Miss Robbie says. “I hope people like the show so we can continue for a while. I know nothing lasts forever, but let us be the one that lasts a long time.”

Find out what the family decides to do on the season premiere on Saturday, March 15 at 9pm ET/PT on OWN.

Photos are courtesy of OWN

Previous Article Cocoa Brown: ‘I get paid well so they can laugh at my pain'
Share This
Next Article Kevin Hart to Appear On ‘Oprah Prime’