In a statement released by secretary of State John Kerry, the United States has expressed its deep concern over Nigeria’s enactment of the Same Sex Marriage Prohibition Act.

Beyond even prohibiting same sex marriage, this law dangerously restricts freedom of assembly, association, and expression for all Nigerians. 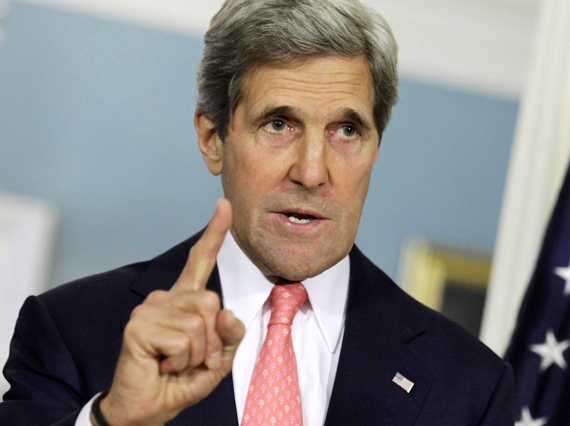 Moreover, it is inconsistent with Nigeria’s international legal obligations and undermines the democratic reforms and human rights protections enshrined in its 1999 Constitution.

People everywhere deserve to live in freedom and equality. No one should face violence or discrimination for who they are or who they love.

Further contained in the statement, the secretary of state further stated; “We join with those in Nigeria who appeal for the protection of their fellow citizens’ fundamental freedoms and universal human rights”.

The bill, which contains penalties of up to 14 years in prison and bans gay marriage, same-sex “amorous relationships” and membership of gay rights groups, was passed by the national assembly last May but Jonathan had delayed signing it into law.

Persons who enter into a same-sex marriage contract or civil union commit an offence and are each liable on conviction to a term of 14 years in prison.

Any person who registers, operates or participates in gay clubs, societies and organizations or directly or indirectly makes public show of same-sex amorous relationship in Nigeria commits an offence and shall each be liable on conviction to a term of 10 years in prison.

The Office of Website Management, Bureau of Public Affairs, manages this site as a portal for information from the U.S. State Department.