Comedy flicks about meeting the parents has been done so many times that even the concept is wearing a tad thin, but in “Peeples” we get a little something more. What makes this movie so delightful is that it doesn’t focus on stereotypes and typical gags, but it tosses in situations goofy enough to keep most people giggling. 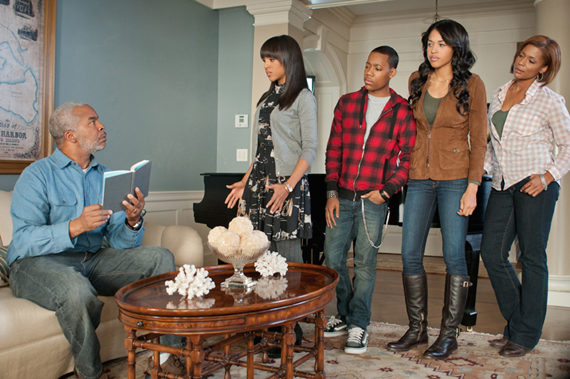 Produced by Tyler Perry, written and directed by Tina Gordon Chism (“ATL”), Craig Robinson (“The Office”) plays Wade, a hapless romantic who is ready to ask his girlfriend Grace (Kerry Washington) to marry him.

Unfortunately for Wade, Grace is too frightened to introduce him to her judgmental family, so he decides to show up unannounced at her annual family reunion at her parents’ home in Sag Harbor, NY. Dead set on meeting the family, he’s unprepared for the drama that awaits.  Not only does he have to find an opportune moment to propose, he first has to win over Grace’s suspicious and inhospitable father who cuts him no slack. 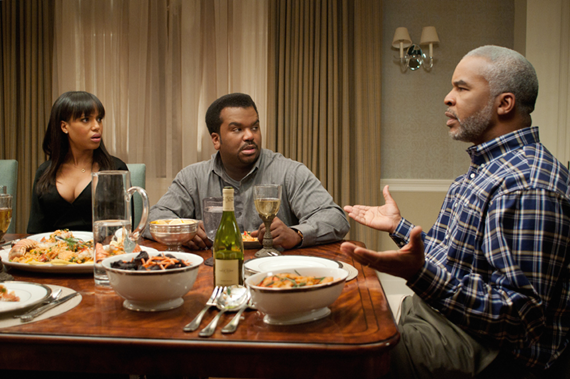 That’s where the fun begins as Virgil Peeples (David Alan Grier), is a stuffy, intimidating, overprotective federal judge who keeps his entire family in thrall to his own high standards, so of course that’s not an easy task.

While Wade’s unexpected visit throws a wrench in the Peeples’ family reunion, things get even more complicated when his brother, Chris (Malcolm Barrett), also arrives unannounced.  A charming lothario, he genuinely wants to help his brother, but he repeatedly manages only to make things worse. 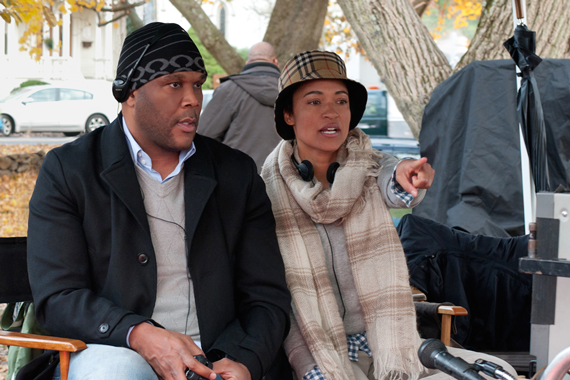 From being attacked by the family dog to losing his wallet, it is very clear from the get-go where the film is headed, as the visit quickly degenerates into a nightmarish series of gauche faux pas and embarrassing humiliations.

We know that everything is going to go wrong, and the script is clever in that it allows us knowingly to be in on the gag and succumb to the inevitable with a giggle.

None of the jokes are forced however, and there are several hilarious scenes scattered throughout this movie. The humor is delightful with one liners, comical situations and even some subtle musical jokes.

Robinson, who is known for standout supporting performances on NBC’s “The Office” and in features like “Hot Tub Time Machine” does a terrific job of building sympathy as the hapless outsider and effortlessly assumes the role of comic leading man.

S. Epatha Merkerson (“Law and Order”) is equally lovable as Daphne Peeples, the ditsy mother who desperately tries to mediate between Virgil and Wade.  Kali Hawk plays Grace’s  older sister who is harboring a sexual secret while Tyler James Williams is Grace’s younger brother Simon, a budding genius who is deeply confused about how to relate to girls in a normal way. Rounding off the cast as Grandpa and Nana Peebles — Virgil’s parents — is Melvin Van Peebles and Diahann Carroll.

An extremely witty comedy appropriate for almost any age group, “Peeples” switches seamlessly from screwball to slapstick with plenty of ease. Deliciously funny and warmly poignant, it’s a treat to watch for it’s an undeniably crowd-pleasing comedy that refreshingly doesn’t rely on endless raunchiness to be funny. 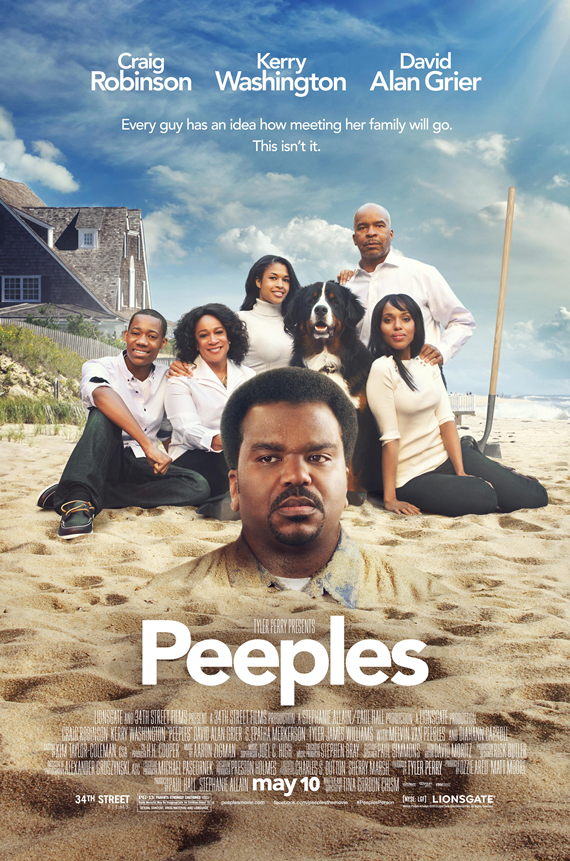