“The very first thing that stuck out to me was the writing,” says Tishuan Scott who stars in the historical drama “The Retrieval.” A compelling and historically fascinating film that follows a 13 year-old black boy who retrieves runaway slaves, Chris Eska’s script illuminates another dark chapter of slavery and emancipation. The year is 1864, and Marcus (Keston John) and his young nephew Will (Ashton Sanders) earn a modest income retrieving runaway slaves.  Their setup is a simple one. They gain the trust of runaway slaves and then betray them to the bounty hunters for money. The story opens when Will (Sanders) asks to be sheltered with other escaped slaves who are hiding in a farmyard. Welcomed and offered food and bedding, he awaits their slumber before quietly leaving and betraying them to an awaiting slave hunter (played Bill Oberst Jr), who rewards him for the deed. 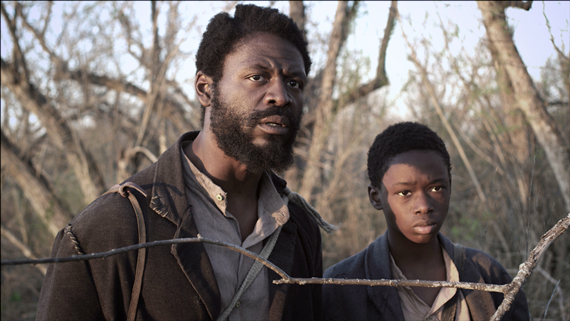 For their next assignment, the duo is sent to retrieve Nate (Tishuan Scott) an escaped slave enlisted by the Union army to dig graves for dead soldiers. Armed with a false story about his brother who they claim is gravely ill, they convince Nate to return with them. On the way back, things go horribly wrong, and Will and Nate find themselves on the run. As the bond between them unexpectedly grows, Will’s loyalty is challenged by the father-figure role Nate effortlessly assumes, and he becomes consumed by conflicting emotions as he faces a gut-wrenching decision to either betray the father figure he’s finally found, or risk being killed by his employers. 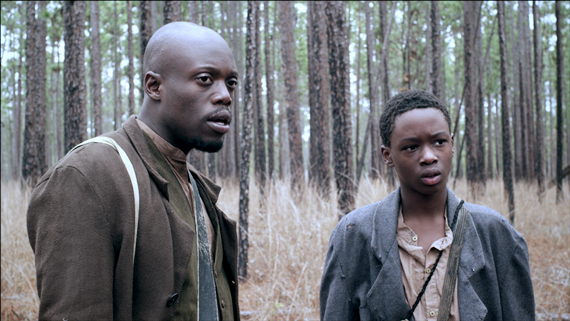 A slow and quietly absorbing film, it’s a coming-of-age drama that has won numerous film festival awards, including the Special Jury Prize for Acting at SXSW (South by Southwest) and the International Critics Prize at the Festival de Cinéma Américain de Deauville. “The heart of the story is this 13 year-old boy played brilliantly by Ashton who does a magnificent job,” shares Scott. “We focus on humanity in this film and everybody can identify with Will.” Writer/director Chris Eska (“August Evening”) manages to weave an impressively historical tapestry without ever losing sight of the story.  Befitting its mood, much of the sprawling melodrama unfolds on the back drop of the Civil War and unlike “12 Years a Slave” a semi similar tale of slave kidnapping, there is little need for the brutality normally seen in movies of that elk. 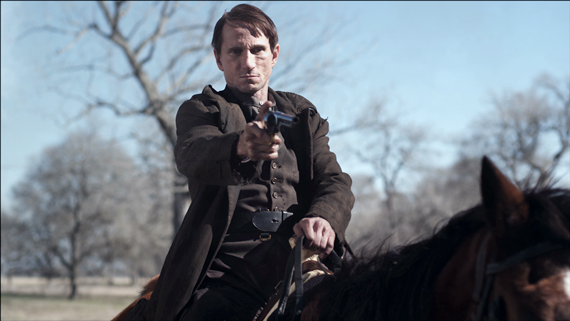 “I take my hat off to the team of ‘12 Years a Slave’ for the scene that was done when Patsey was whipped because that absolutely had to be seen, but our film did not need it,” Scott says. “There has been so much blood shed, but with Nate and Will and Marcus, we are not focusing on slavery but a human story seen through the eyes of a 13 year-old boy.” “The Retrieval” offers a fascinating insight into the moral dilemma that comes with betrayal. With vivid work from a stellar cast, notably Scott and Sanders, this is a movie that renders a powerful conclusion.

“The Retrieval” is currently playing in theaters.