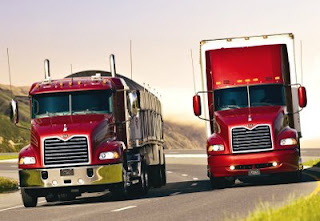 A drive along the Lagos – Ibadan expressway, a major highway in Nigeria, in the early 90’s would have been described as pleasurable, risk free and quick. Today, the same drive is characterised by multiple doses of consistent prayers, subconscious fright of the unknown and uncontrollable anxiety as you approach your destination. In summary; its a cosmic nightmare. A monumental disgrace to administrations both past and present and a constant reminder of the obvious ineptitude and neglect of the Masses who ply the road daily.

I have read and witnessed the impact of faith based organizations that have all turned the highway into some sort of pilgrimage destination. I have heard and read criticisms to that effect. I have been indirectly affected and can attest to massive loss of man hour time due to uncontrollable commotion at the entrances to these sites.

Non of these however comes close to the incidence that occurred in August which was perpetrated by drivers of sixteen wheelers. What occurred could best be described as an act of economic sabotage or even treason.

One of the past state administrator’s with a foresight had instigated the construction of a multi million Naira park area for truckers. Apparently, the truckers had become a menace to society as they shunned the park and continued to create homes along some stretches of the road thereby forcing motorists to squeeze through a single lane filled with pollutants from the outdated truck engines. If that was not health degrading enough, the sight of filth at this location along one of the nations busiest highways is retrogressive.

Well, with all of these and after several notices and attempts to relocate the illegal park, the legislated Government officials decided to enforce the movement by the only measure best known to stubborn men; force. The officials towed some of the trucks and confined them till a time when the others were forced to move.

The next action that occurred was shocking and unbelievable. The truck drivers took offence at the Governments action and within a jiffy, they had sabotaged the economy of a great Nation by blocking the entire highway in protest. That was the only way they felt they could show the “power of sixteen wheels”. The blockade was on for several hours based on reports from eye witnesses.

Who really is in charge here? what confidence does this sort of action give the public, what would investor’s feel about stability? what efforts are being made to enlighten the disgruntled truckers? The pathetic aspect of the issues is that 85% of the trucks are not even road worthy by international standards. Try driving behind one of them struggling to ascend a hilly terrain of the highway. The carbon monoxide attack that follows is indescribable. Hello, it’s 2008 and some issues like this should not occur.

Previous Article If you Believe
Share This
Next Article What If