The all-new Jaguar XF boasts a bevy of technological advancements that offer drivers convenience, as well as peace of mind. From touchscreen interfaces and wireless music streaming to the world-class safety systems that earned it a 5-star rating in Euro NCAP crash tests, the all-new XF is substantially more advanced than its predecessor. Retaining innovations seen in the original XF, including touch-sensitive ceiling lights and motorised air vents, the new model has even more advanced features.

Jaguar’s new head-up display system makes its debut in the XF. The display projects current vehicle information onto the windscreen, in the driver’s line of sight. This unobtrusive display enhances safety by letting drivers see their current speed and cruise control status without taking their eyes off the road. 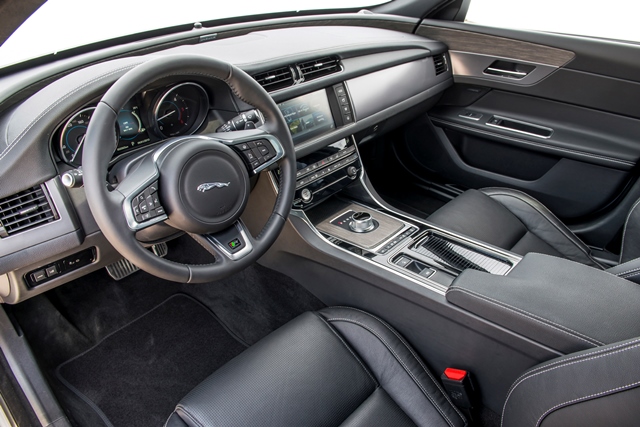 The all-new XF is also fitted with proactive safety features such as Lane Keeping Assist (LKA) and Driver Condition Monitoring (DCM). LKA stops the vehicle from veering out of its current lane – possibly due to driver fatigue. Additionally, DCM will sound a warning to let drivers know when they sneed a rest stop.

Also fitted to the Jaguar XF is an array of cameras and sensors that track the surroundings. Parking assistance is fitted as standard to all XF models, and the optional 360-degree parking system uses cameras to generate a composite view of the vehicle’s surroundings. This top-down view lets drivers easily squeeze into tricky parking spaces. 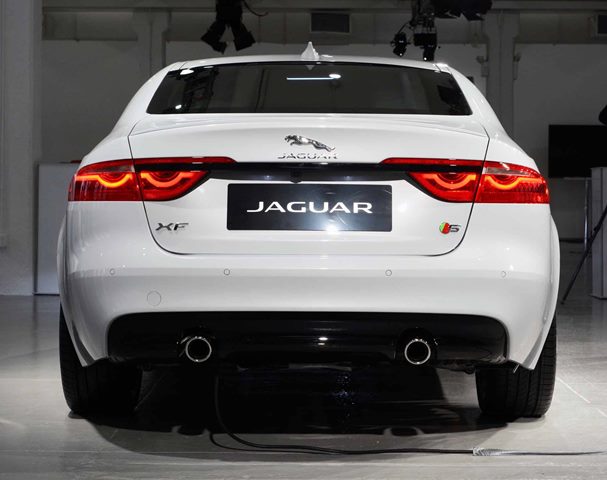 Lane Change Merge Aid with Reverse Traffic Detection monitors the driver’s blindspot while on the move, allowing for safe merging manoeuvres. The system also offers Closing Vehicle Sensing, monitoring vehicles approaching from the rear, as well as Cross Traffic Detection, which serves as an extra set of eyes when reversing out of parking spaces.

Six airbags protects occupants in the event of a collision. Every XF is also fitted with Pedestrian Contact Sensing, a system that uses airbags to lift the vehicle’s bonnet and reduce the risk of severe injury for pedestrians. Euro NCAP recently also awarded it as the first vehicle in its class to comply with the organisation’s latest crash standards.