His Imperial Majesty, the Ọọ̀ni of Ifẹ̀ Oba Enitan Adeyeye Ogunwusi (Ojaja II) received the Cuban Ambassador to Nigeria, Carlos E. Trejo Sosa; his Wife, Mrs. Melva Perez De Trejo and the second secretary of the Cuban embassy, Mrs. Morales Palmero at the Palace in Ile-Ife. They were accompanied by Otunba Wanle Akinboboye, Chairman La Campagne Resorts and Special adviser/Consultant to His Imperial Majesty the Ooni of Ife on Culture and Tourism. Also in attendance was Secretary to the Osun State Government, Alhaji Moshood Adeoti who represented the Executive Governor of Osun State, Ogbeni Rauf Aregbesola. 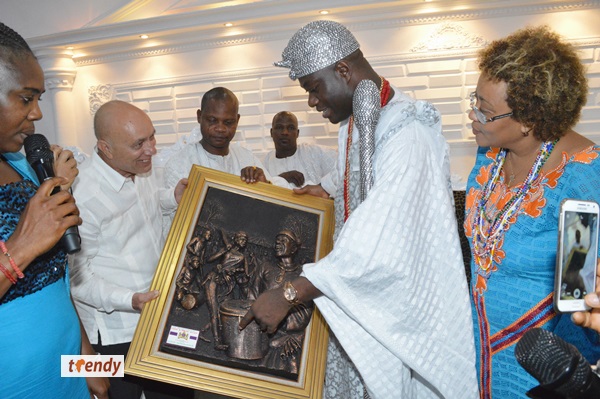 The visit by the Cuban ambassador to Ile-Ife further exposed the strong cultural ties between Cuba and Africa especially Ile-Ife through direct cultural heritage, traditional values and tourism. In his address at the event, the Ambassador to Cuba Carlos E. Trejo Sosa expressed his appreciation for the visit and thanked the Imperial Majesty for hosting him in the Palace while noting the preservation of tradition as a booster for International tourism.

Otunba Wanle Akinboboye in his remarks expressed his appreciation to the Cuban ambassador for honoring the visit while expressing his optimism that the visit will further strengthen the relationship between both countries in tourism development and other related matters.

The Palace reception featured various cultural dance routines and performances including those by; Olo Omidan Bata, Aanu Lady Ekwe, Abubuola cultural group, Osirigi and Sango. The Cuban guests where later ushered on a personal tour of the palace by His Imperial Majesty, Oba Enitan Ogunwusi. 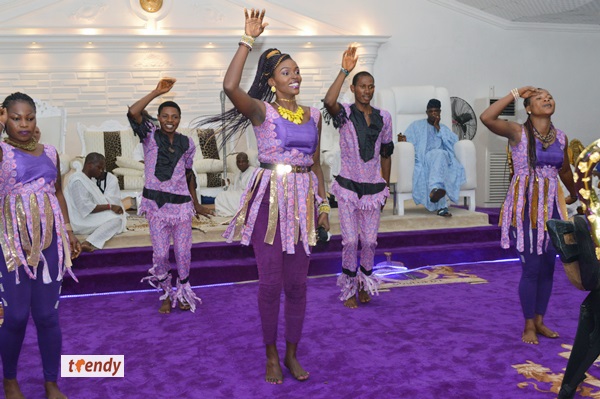 In other related events, the Cuban Ambassador and his team took a tour of the multi million dollar Ife Grand Resorts and Leisure site; an initiative of the Ooni of Ife in furtherance of his promise to foster peace and unity and bring economic prosperity to Ilé-Ifẹ̀  by opening up the town to the world through tourism. Motherland Beckons, as the project is named is a grand design by the Ooni to redesign the tourism map and agenda of Ife by drawing the attention of Africans, the Diaspora and the entire globe to it in a way that has never been done in the history of the former Ife Kingdom, which is not only regarded as the Source of the Yorubas but also the cradle of South West civilization. The Ambassador also visited the Obafemi Awolowo University (University of Ife) Ile-Ife where he toured the Natural history Museum, Oduduwa hall and the Faculty of Arts.

Tosan Aduayi is the founder of Trendy Africa Magazine and has been an active journalist since 1994. Photo Credit: Ajayi Oyebo