Paris – A trip to the fashion capital of the world is every fashion designers dream.  For centuries, Paris, France has been the popular destination for fashion enthusiasts, designers, facilitators and deal makers. It’s also the hot bed and launch pad for successful brands in the industry. Paris hosts one of the world’s top 4 fashions weeks.

For Ghanaian born Afua Sam of Studio D-Maxsi, one of the fastest growing fashion houses in Washington DC, a trip to Paris was as exciting as strutting down the catwalk with Yves St. Laurent. On her recent tour of Europe with stops in London and Milan, Paris sparked the euphoria she had yearned for in recent years.

Her desire to facilitate an international photo shoot of her designs was fulfilled in a special way just as great inspiration was drawn from the aesthetics of preserved timeless artifacts and architecture such as the Eiffel Tower and sites along the Champs-Elysées. 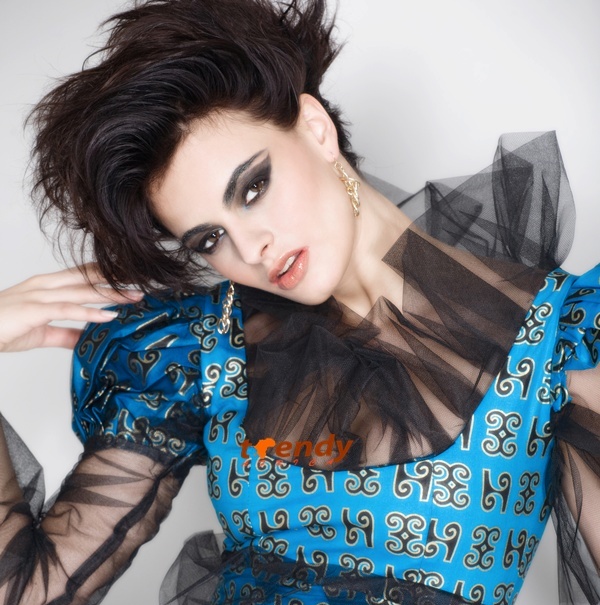 In Afua’s words, “The photo shoot in France was a dream come true. “As a fashion designer it has always been my dream to go global with my line, little did I know this would happen earlier than anticipated”. The fulfillment of this dream was a divine combination of three extraordinary individuals; flavia Raddavero (photography), Alysson (Model) and Rimi Ura (make up).

Flavia Raddavero was born in Buenos Aires, Argentina then moved and studied in San Francisco, USA. She eventually moved to Paris where she resides till date. She has photographed for the fashion industry and international exhibitions for close to 25 years. She describes working with Afua as an instant connection.

“When I first spoke to Afua, I asked her to send me some images of her work…it worked!! I was under the charm. After several exchange of emails, I had a model in mind, the gorgeous Alysson. To do the makeup and hair I asked one of my favorites; Rimi, a wonderful woman from Japan. And for the jewels, a designer and friend from Estonie: Siidilabor.” 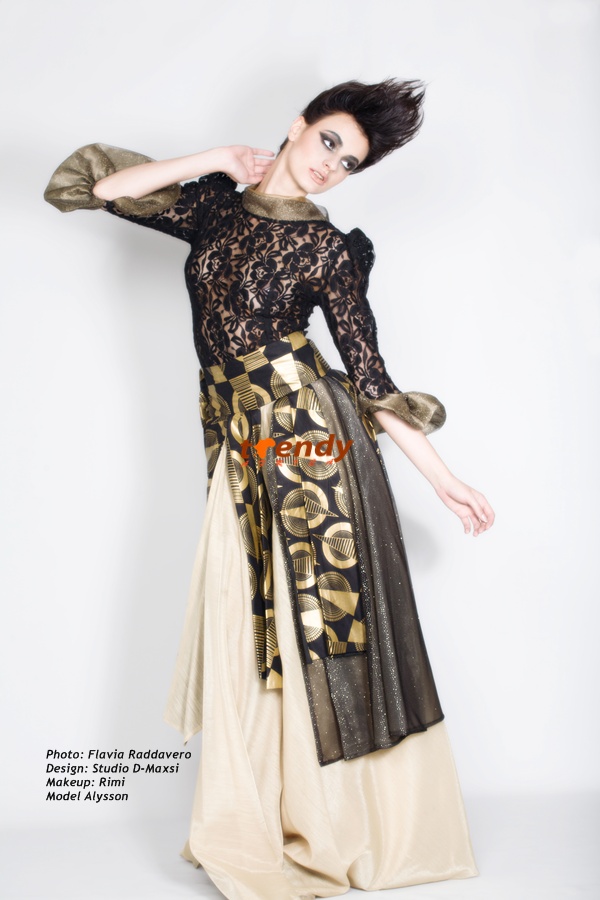 Flavia continues; “Once Afua arrived in Paris, we met for coffee, and I found myself in front of a woman who you just cannot ‘not ‘ like. She is full of passion, and I think we have many things in common. I saw the dresses for the shoot and images were already going through my head!! I couldn’t wait until the day of the shooting. The “d” day was just great. Everything came in place as I imagined, we had lots of fun, I have to say that all members of the shooting team were so into it; Afua is so much fun to work with. Rimi is full of energy and very funny and Alysson is just a jewel herself who loves to play in front of the camera. So overall, it was a wonderful photo shoot”.

Alysson is a French Model. She was a dancer at a firm when she fell sick and which led to a major surgery. Unfortunately, she lost part of her lungs due to the corrective surgery. Alysson stated; “After surviving this ordeal, I promised myself to realize all my dreams. So I started building a photo portfolio to become a model. Now I’m studying fashion business trying my luck as a model in agencies and in free-lance. When I attain my bachelors, I hope to be a full time model, travel world-wide, maybe doing some acting stuff. Most of all I want to blossom by the interaction with artist, culture and nature”. 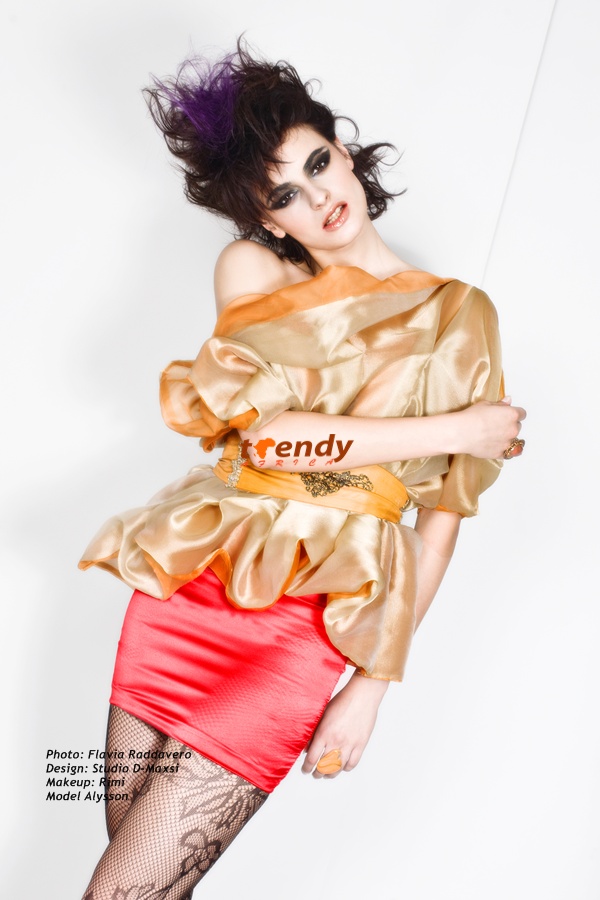 Alysson describes the photo shoot, “it was a great pleasure to share the moment with women from 3 other continents. I met Flavia around 2 years ago and she is a very good photographer who knows how to capture the real image of items and models. It’s always a pleasure to work with her. I met Rimi during the shooting and I was really impressed by her creativity and her ability to suit models and adapt her work to the world of designers. Then, it was also an honor to meet Afua. I was very touched by the commitment of Studio d Maxsi to help in the research against breast cancer. The collection reflects the designer, crazy design and fabrics for glamorous and generous items.

Rimi Ura; Hair designer and Makeup artist was born and raised in Japan. She had aspired to be in the beauty industry since she was a child. In her words; “I have been watching fashion shows on TV due to the influence of my father. I worked in Japan and other countries in Asia for six years as a freelance hair and make-up artist for fashion magazine, music video, movie, fashion shows and Television advertising. I like to feed into and get inspiration from every field of Arts. I moved the base to Paris since November 2010 seeking to further improve the technical skills and ready to express my passion and prove my talent”. Rimi in a moment of excitement expressed her thanks to Afua Sam and added; “It was such an amazing photo shoot…Afua, you’re such a crazy first class artist and just a wonderful person; J’adore!”

Tosan Aduayi is the founder and publisher of Trendy Africa Media. Trendy Africa is a multimedia solutions concept that has evolved from years of experience and vision with a primary focus on African lifestyle and entertainment. Contact: info@trendyafrica.com
TrendyAfrica Magazine