IrokoX has announced the launch of ‘Afro All Stars League’, a no-holds-barred knockout tournament competition between Africa’s biggest celebrities, to search for and crown the continent’s top gamer. Each Afro All Stars League episode will feature two celebrities going head to head at the world’s best games, battling for the ‘Best Video Gamer’ title.

The pilot episode kicks off with rapper and star of current Nollywood Blockbuster, The Wedding Party, Ikechukwu Killz, pitted against fellow rapper and Head of Syndik8 Records, Lynxxx, as they take part in a high-octane game of FIFA 2017. Who will be crowned as the very first Afro All Star? 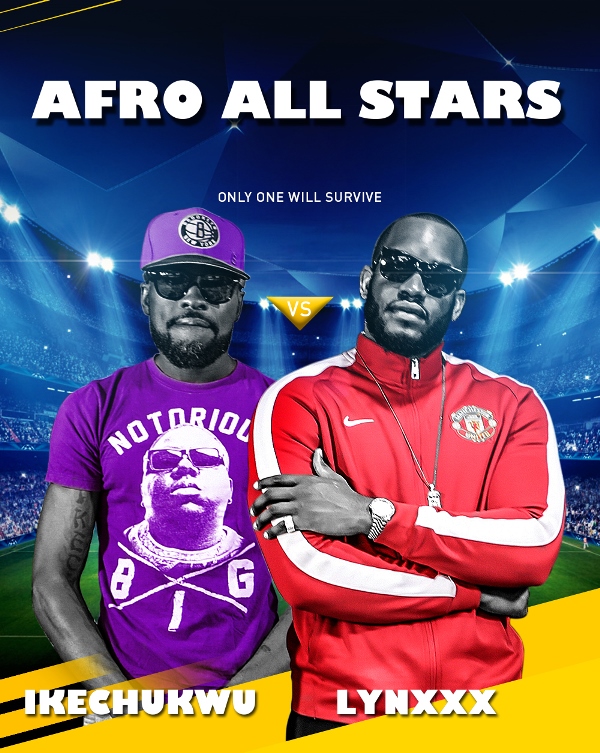 Oluchi Enuha, General Manager of IrokoX says: “At IrokoX, we remain passionate in supporting and developing African creatives and influential personalities across all social media channels, working with them to share and promote their talents to a global audience. We developed the Afro All Stars League as a vehicle to showcase an everyday side to media personalities in a way that people could relate to. The show is unscripted, and entertaining to people from all walks of life.

IrokoX is a Pan-African, full service Multi-Platform Network [MPN] and was launched by Africa’s leading digital entertainment company, Iroko, in 2016. The Afro All Stars League pilot episode was shot and produced with the support of award-winning Nigerian film and television studio and production house, Rok Studios.