Maryland USA – A large number of Africans residing in the DC metro area came out en masse to the premiere of two Nollywood movies produced by Corporate Pictures and American based True Pictures Inc. The movies; Yankee Boys and A Woman’s Mind starred the most notable names in the Nigerian film industry.

In addition to the celebration was the presentation of the release of the second part of the movie “Preacher Man,” starring Emeka Ike, Jim Ike, Regina Askia and Wayne Bailey; an American actor, amongst others. The event which was supposed to start at 9:00 p.m. did not start until after 12:00 midnight because the actors who were expected did not arrive until 11:47 p.m. 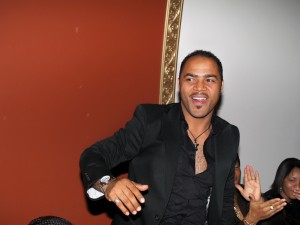 The audience most of whom, had arrived early with hopes of catching a glimpse of their favorite actor as they walk the red carpet and to get the best seat in the house were beginning to get antsy and some were complaining rather loudly about the inconsideration of it all by the time the actors arrived.

Tickets for the event sold between $40.00 and $50.00 at the door, although the promotional material for the event indicated that the actors from the movies will be at the premier only. Ramsey Nouah, Chidi Mokeme and Emeka Ike were in attendance and only Emeka Ike had anything to do with the films, he starred in Preacher Man and co-directed “A woman’s mind,” although he wasn’t credited on the latter.

About 15 to 20 minutes of each movie was shown. Yankee Boys was the first film to be shown and it was stopped early because of how graphic the language was; it should be rated R for the language alone. A woman’s mind the impressed the audience whom were riveted by it from the first moment, unlike Yankee Boys, and it was a real Nigerian movie. It was nothing like the pseudo-Nigerian, American wanna be movies that are common in the market these days.

Intermission performance by Houston based J.J. Bonny and Jody Jaz was the highlight of the evening as well as the dance session at the end of the evening.

Chidi Mokeme, Emeka Ike and Wayne Bailey expressed their feelings of joy at being able to be part of the film’s production and a successful premier.

Chidi Mokeme and Emeka Ike apologized on behalf of the rest of the party for their tardiness and said they were not aware that the party was to start at 9:00 p.m. Wayne Bailey arrived early with the executive producer and his wife; Jude and Joy Onyegbado.

Preacher Man was Bailey’s first African movie, he said it was an amazing experience for him what he loved most about it was the food. Although he’s not been to Nigeria yet, he is not ruling it out in future. He said that being on the set was like being part of a large dysfunctional family and he was included, “everyone was so kind and they accepted me, I don’t think this kind of willing acceptance would have happened anywhere else, it was nice and a refreshing attitude and the way the world should work.”

He also said he has a lot of respect for the process and the business of movie making outside of Hollywood. Nigerian movies are largely independent and without the financial backing of big studios, most independent movies tend to be unsuccessful, he said the attitudes of the cast and crew and everyone in the movie was that the project has to be successful and although everyone had their own idea of what success is supposed to be, they all work together and like Chidi Mokeme said, there is no democracy on a movie set, the ultimate decision rests with the director and producer.

Chidi Mokeme said that Nigerian movies that are trying to incorporate every aspect of the American culture into it are being produced by people “who do not understand that the ideas of movies are to celebrate and to sell the culture and the way of life of the people.” Bailey described Nigerian movies as raw, real and from the gut.

Yetunde Adurota is a Nigerian American, and  currently a senior at Bowie State University in Bowie, Maryland and reports for Trendy Africa.

7 Replies on Ramsey Nouah, others attend Premiere of Nollywood Movies in Maryland