Lagos – President Goodluck Jonathan has stated that the Atlantic City Initiative in Lagos was another major addition to the nation’s resolve to promote tourism through public and private partnership. Jonathan spoke at the event to commemorate the reclamation of 5,000,000 square meters of land at the emerging Eko Atlantic City in Victoria Island, Lagos. 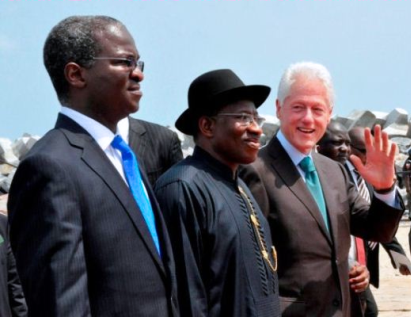 Upon completion, the developers and planners of the new city will have produced 10,000,000 (ten million) square meters of land, ripe for development: equivalent in size to the skyscraper district of Manhattan in New York City.

“I am pleased to announce that we have commenced work on establishing Nigerian Mortgage Finance Corporation (NMFC). This corporation will help to provide finance for the housing and construction sector. The corporation will be private sector led.

“It will be established as a Public Private Partnership (PPP) arrangement. The partners will include the Federal Government, Nigeria local banks, savings and loans institution and the most important institution is the World Bank, which is providing constructional credit of 300 million dollars,” Jonathan said. 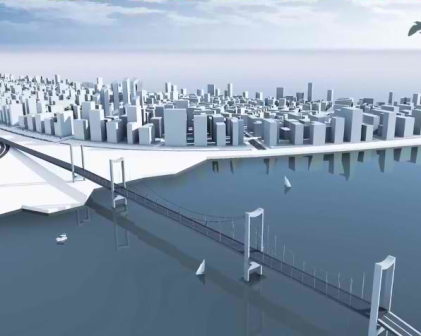 President Bill Clinton, former USA President was at the event and stated that the city when completed, would not only create a tourist delight but contribute to the development of Nigeria’s economy.

“I want to thank the government and the developer for building this city. They have reclaimed five million square meters of the land initially lost to the sea. That marks the beginning of this amazing wall, the Great Wall of Lagos. “I am convinced that within five years, people will be coming from all over the world to see this wall,’’ he said.

The event attracted dignitaries including the Speaker of the House of Representatives, Rep. Aminu Tambuwal, Gov. Babatunde Fashola of Lagos State and Gov. Ibikunle Amosun of Ogun State.