Great action movies come along every so often and “Olympus Has Fallen” deserves a place in that category. A well-executed motion picture, it stars Gerard Butler as a Secret Service agent who serves on the personal protection detail of President Ben Asher (Aaron Eckhart). He’s not just the President’s bodyguard, but also a close friend to both him and his young son Connor (Finley Jacobsen). 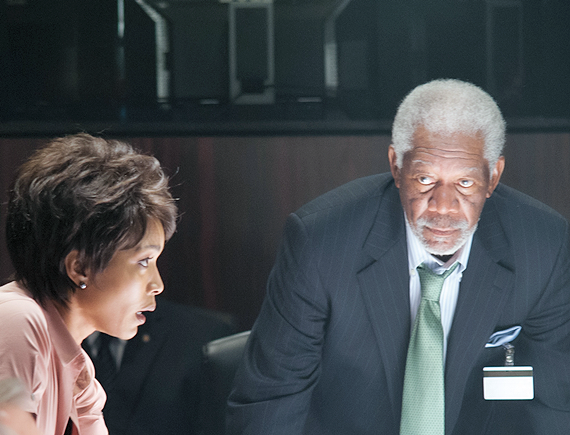 After a tragedy occurs during the line of duty, Banning finds himself transferred to another division. He gets a chance to redeem himself when a surprise attack on the White House cripples the U.S. government and leads to the capture of the President and his key staff during a visit by the South Korea leader.  With the fate of the entire country at stake, Banning must rely on his extensive training and detailed knowledge of the White House to rescue the President and his cohorts. 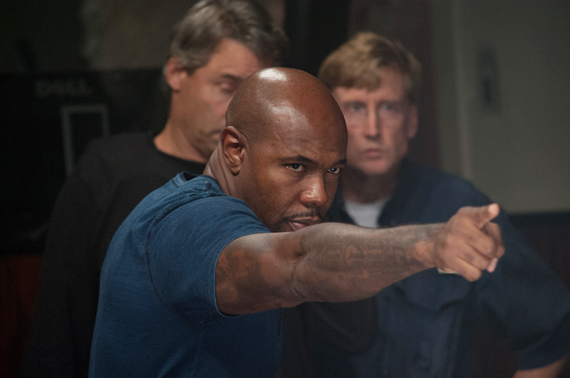 The ruthless terrorist leader Kang is the film’s best surprise. Played by the charismatic Rick Yune, he is a sociopath who heads a group of extremely violent Korean terrorists out to destroy the U.S. government.

Be warned, it is a remarkably violent film. Directed by Antoine Fuqua (“Training Day,” “King Arthur,” “Brooklyn’s Finest”), the film is largely a special-effects carnival full of machine-gun fire, roaring helicopters and exploding vehicles. There are plenty of severed limbs, cracked bones and lots of carnage and bullets to the brain. 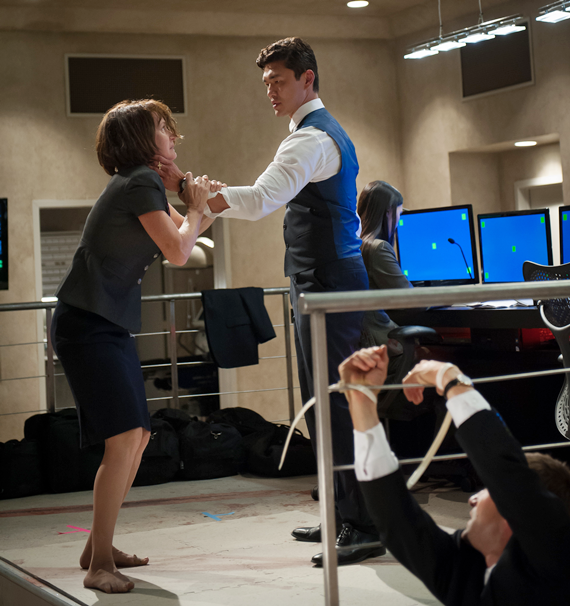 A tad clichéd at times, there are also some catchy but cheesy one-liners delivered by Banning, and a nice banter between Banning and Kang as the duo play the game of cat and mouse within the walls of the White House.

“When executive producer Avi Lerner brought me the script, I knew immediately it was a great piece of material with unlimited potential,” says Fuqua. “What struck me about the material is that it was something I felt could happen. The White House being attacked and the President held hostage.”

On the flip side, it has some ludicrous moments, is formulaic and predictable, and the action seems farcical at times, but overall it’s an action-thriller that delivers. 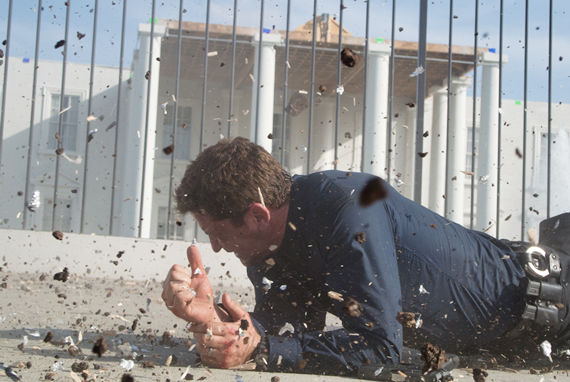 Rounding off the cast is Morgan Freeman as the Speaker of the House who assumes the presidential duties once P.O.T.U.S. is taken hostage. Angela Bassett plays Secret Service Director Lynne Jacobs, Melissa Leo is the Secretary of Defense, Cole Hauser plays a Secret Service agent and Radha Mitchell has a small role as Banning’s worrisome wife.

With adrenalin-induced action scenes, murderous mayhem and state-of-the-art violence, “Olympus has Fallen” is a must see as it has everything expected from an action film – the villain, machine guns, explosions, blood, and all that good stuff.