Dr. Osotimehin has an impressive background as a trained medical doctor, a former Minister of Health for the Federal Republic of Nigeria, a member of the Royal College of Physicians (UK), and a Visiting Fellow at the Harvard Center for Population and Development.

“We are confident UNFPA will move forward under his leadership to pursue its mandate;  ensuring that every pregnancy is wanted, every birth is safe, every young person is free of HIV, and every girl and woman is treated with dignity and respect”.

We also want to thank outgoing UNFPA Executive Director Thoraya Obaid for her tireless service, particularly her efforts to reduce maternal mortality and promote universal access to reproductive health.  During her tenure, contributions to UNFPA more than doubled.

The United States strongly supports UNFPA and family planning programs worldwide, providing $55 million to support UNFPA in 2010.  We look forward to continuing our partnership with UNFPA and working with Dr. Osotimehin in the coming years. 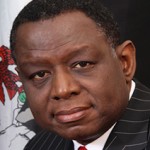