Lagos – It was a regular ride home from church for the family of Bishop Ogedengbe. He had actually prayed for deliverance from sudden death and protection for members. The ride home was halted when gun wilding men surrounded the vehicle and started shooting indiscriminately.

The vehicle was driven by the Bishops daughter as the Bishop had to attend to visitors in Church. At the end of the ordeal, 56 bullet holes and a damaged driver’s door was all the evidence. Miraculously, the occupants including children were untouched.

According to the Bishop; “All the people we met at the scene thought the vehicle was bullet proof, but it was not. I bought it four years ago and since then, I have been using it. It is a car I use most of the time, but I believe that God turned it to bullet proof when it was being attacked,” he said.

The vehicle was later taken to the bishop’s home on LASU-Ojoo Road and has been parked there since then.

Tosin, the Salem University undergraduate, who drove the car had gone back to school, efforts were being made to repair it.

“The screen cracked because my son, Prophet, hit his head against it,” the bishop’s wife said. Interestingly, the 4-year-old boy who was one of the children in the car was said to have told his parents that he dreamt that armed robbers attacked his mother. “He even said he wanted to pray for us and we did not object.”

But was the Bishop’s car being trailed from the church? Did the armed robbers believe that he had the day’s offerings and tithe with him? 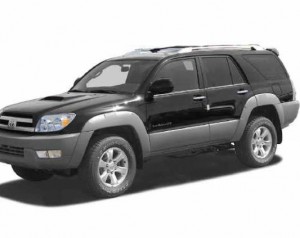 “It is difficult to say,” Ogedengbe said. “No bishop carries church money home. There is a well designed system through which the money gets to the bank. They will be making a great mistake to think that we go home with money. Actually, when they eventually forced the car open, they were asking, ‘where is the money? Where is the money?’

“With the way armed robbers are operating, the country is in trouble. That is why the government must act fast and do something reasonable about the economic situation, because a lot of people are losing jobs, positions, shops and so on.”