NAPA, Calif. — Gov. Jerry Brown of California declared a state of emergency for southern Napa on Sunday after a strong earthquake with a preliminary magnitude of 6.0 hit the region, causing scores of injuries and damage and knocking out power to thousands of people across the region. The governor, in his statement, said his emergency services office would work closely with state and local emergency managers to respond to residents and critical infrastructure that were affected. 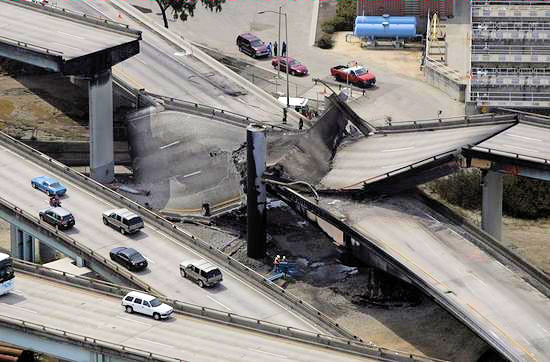 The temblor struck about 10 miles northwest of American Canyon — six miles south of Napa — around 3:20 a.m., according to the United States Geological Survey. It was the most powerful earthquake to hit the Bay Area since the Loma Prieta earthquake of 1989, which collapsed a section of the Bay Bridge. At least four aftershocks were reported Sunday.

Queen of the Valley Medical Center in Napa treated more than 87 patients in its emergency room on Sunday morning, said a spokeswoman for the hospital, Vanessa DeGier. The injuries were largely limited to cuts and abrasions, Ms. DeGier said. Most patients were released after treatment, but some people were also admitted for more severe injuries — including a hip fracture and a heart attack. One patient, a child said to be in critical condition, was airlifted to a hospital in Santa Rosa.