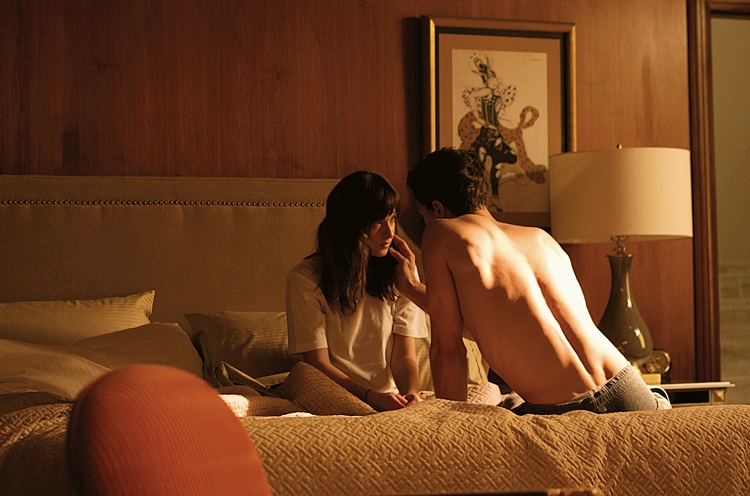 Johnson and Dornan star in “Fifty Shades of Grey”

Dakota Johnson (daughter of movie actors Melanie Griffith and Don Johnson) plays Anastasia Steele, an English literature major about to graduate from college whose decision to help out her roommate Kate (Eloise Mumford), takes an unprecedented turn. Tasked with interviewing the young billionaire entrepreneur Christian Grey (played by Jamie Dornan) for their campus newspaper, Ana arrives at Christian’s office armed with a list of questions.

She trips over the doorway, forgets to bring anything to write with and quickly bores him with cookie clutter questions. Intrigued with her innocence and fascinated at the same time, Christian goes beyond the allotted 10 minutes. Sparks fly, and after a minimal courtship that includes coffee, presenting her with a first edition of her favorite literature book and showing up at the hardware store where she works, Christian eventually explains (once she signs a non disclosure agreement) that all he wants is for her to be as she puts it, his sex slave.

“I am going to show you my playroom,” he tells her to which she innocently replies, “Where you keep your games and PlayStation?”

A room filled with rows of whips, rods, and handcuffs, it is clear from the start that they aren’t going to follow an orthodox pattern of courtship and romance. He has a contract he wants her to sign. She has a problem with page five and section 15, which deal with genital clamps and fisting. She slowly begins to see herself as a pawn for his pleasure and is eventually turned off by his refusal to share anything about his life. On the surface, “Fifty Shades of Grey” explores the burgeoning relationship between a billionaire and a sexually uninitiated college senior. Young girl meets her prince. He’s successful and rich but emotionally unavailable.


There is some nudity but it’s not explicit. The sexual scenes are tame, toned down and glossy: a peacock feather, a satin blindfold, a couple of grey ties, which are used as handcuffs and a horsehair whip. Sporadic sexual scenes, which don’t border on pornography.

Directed by Sam Taylor-Johnson, the weight of the film lies with Dakota Johnson who is delightful in the role as the innocent young wide-eyed Ana. She provides the perfect balance of vulnerability and sass and it’s hard to picture any other Hollywood actress in that role. Although Jamie Dornan holds his own, there are several charismatic chiseled face Hollywood actors who could better play the part of Christian Grey. Oscar winner Marcia Gay Harden plays Christian’s mother, British singer Rita Ora plays his sister while Luke Grimes wraps up the cast as his brother. 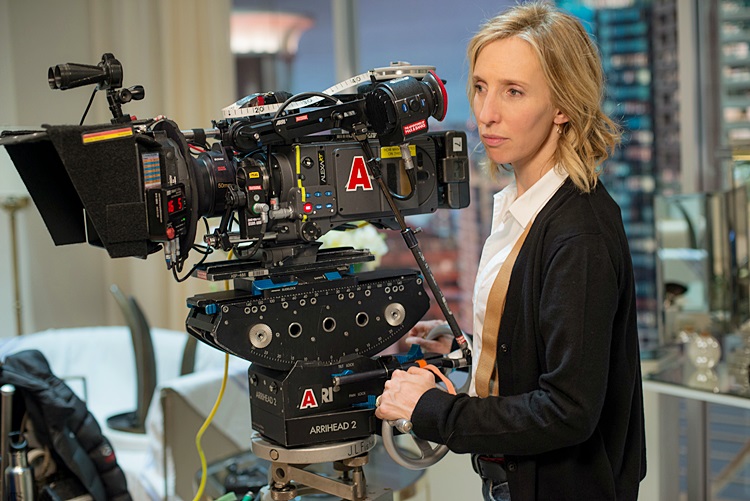 “Fifty Shades of Grey” which was denounced by Conservative Watchdog for ‘Glamorizing Sexual Violence against Women’ certainly deserves its R rating due to the subject and nudity, but thankfully, it doesn’t live up to the sexual expectations of the book. In a nutshell, the furor is simply much ado about nothing.

Previous Article “I am inspired by Fela Kuti,” says international music star Rocky Dawuni
Share This
Next Article Polio on the brink of Extinction in Nigeria