Prince Rogers Nelson popularly refereed to as Prince, 57, spent his final night alone in his vast compound and was discovered unconscious in an elevator more than 13 hours after he was last seen alive. Police said the 57-year-old pop superstar was last seen entering his $10million Minnesota estate at 8pm on Wednesday and was not found until the next morning. Prince, 57, died at 10.07am on Thursday, less than 30 minutes after he was found unresponsive in an elevator at his compound on the outskirts of Minnesota. 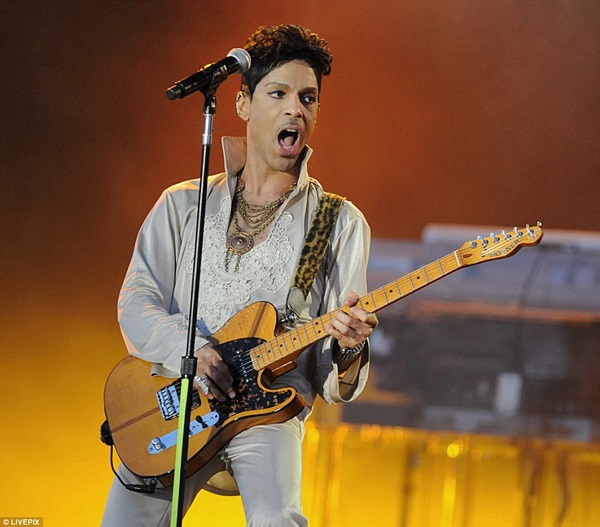 Prince was taken to a Twin Cities hospital on Wednesday and was seen by a doctor, a law enforcement source told KSTP. He was then seen looking ‘frail and nervous’ in a Walgreens pharmacy just an hour before he returned to his home in Paisley Park at about 8pm. 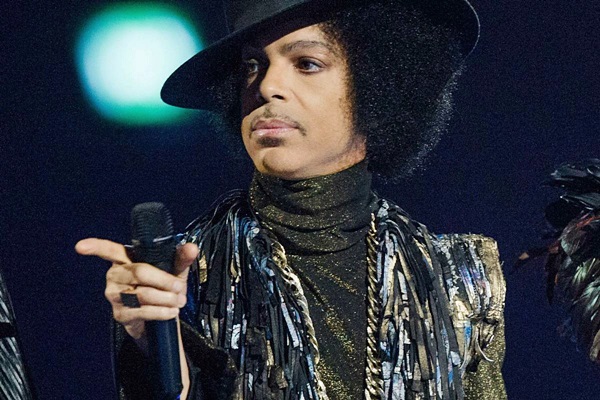 One of the music legend’s last conversations was with the actor Will Smith, who said he spoke to Prince on the night he died. When Prince missed an early morning holistic medicine appointment on Thursday and couldn’t be reached, staff went to check on him. He was then unresponsive at his home. 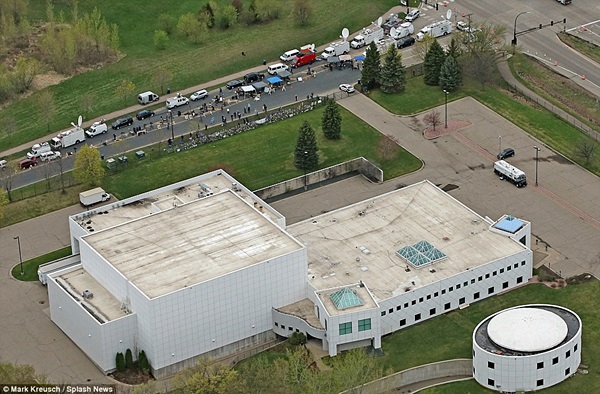 Carver County Sheriff Jim Olson said here were ‘no obvious signs of trauma’ on Prince’s body when he was found at 9.43am on Thursday, and that investigators had ruled out suicide. Olson, whose deputies responded to an emergency medical call at Prince’s compound, said his officers carry a medication that can be given to someone suffering a drug overdose, but did not use it during the call. Thousands of Mourners and fans gathered outside Prince’s Paisley Park compound on the outskirts of Minnesota.