Tony Eze, a 39-year-old businessman based in Abuja, the Federal Capital Territory, was shot dead by two young men on a motor bike who closed in on him just a few meters away from the refreshment garden at Tungama area of Zuba in the outskirts of Abuja. He had gone to hang out with friends. It was learnt that on the fateful day, November 6, 2014, the father of two was about closing for the day’s business when his kinsman and best friend called to request that they go out for drinks at Zuba.

A startling breakthrough came few weeks back after the private detectives succeeded in arresting a suspect in possession of the phone of the deceased which was the only item his assailants disappeared with after the incident. The suspect turned out to be in the same Aluminium Market where late Eze had his shop. “We drilled him for long hours until he capitulated and started confessing how they killed the innocent young man.”

According to him, two people came to engage their services for the job in their cult group. He gave a detailed description of them and one of the descriptions tallied with that of the late businessman’s best friend and kinsman who also had business in the same market with him. The suspect said that when they asked those that came to hire them why they wanted the man dead, they said he had been importing goods from abroad and needed to be silenced. They were paid N1.2million, some of them got N250,000 while others got N300,000 each.” 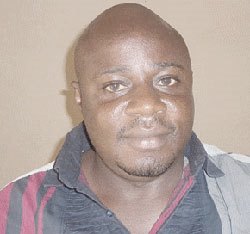 The suspect said some of them arrived the restaurant earlier than the deceased and sat by a table near where he later sat with his best friend who hired them. ‘He said that as soon as they were ready to go, his friend winked at them at the nearby table and they used their telephone to flash their colleagues who were positioned outside the area as a signal that they should proceed to hit their target. He further said they were told that he would be coming in a car behind.


So, his friend quickly drove off in front with the deceased following behind and when they got to the point where they had to join the expressway, the friend in front drove faster. As soon as his friend entered the expressway two of the hired killers blocked the businessman’s car and one of them just pulled out his gun, approached the driver’s side and yanked open the door. While Eze was passionately pleading with them to take whatever they needed and spare his life, the armed man shot him point blank, picked his phone and sped off.’’

Police sources also hinted that after the arrest of five of the suspects at the popular Aluminium Market, Abuja, his best friend confessed during interrogation that the deceased gave him N5million to exchange for him around October 2014, and he was yet to pay him back before he was killed.