Washington, DC- In line with fostering innovation in governance, Ogbeni Rauf Aregbesola, Governor of Osun state, Nigeria recently visited the USA to build partnerships that will consequently position the state as a model for pragmatic and sustainable socio-economic development in Nigeria and beyond. 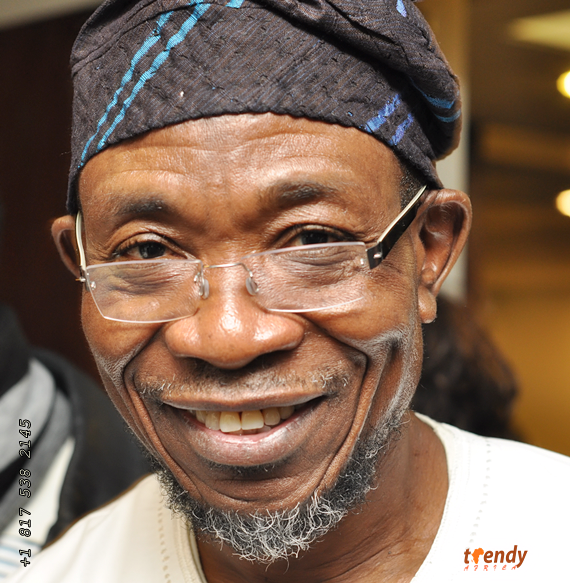 According to Aregbesola, “The development of human capacity is the most important responsibility of any serious Government. We are treading on this course progressively”. 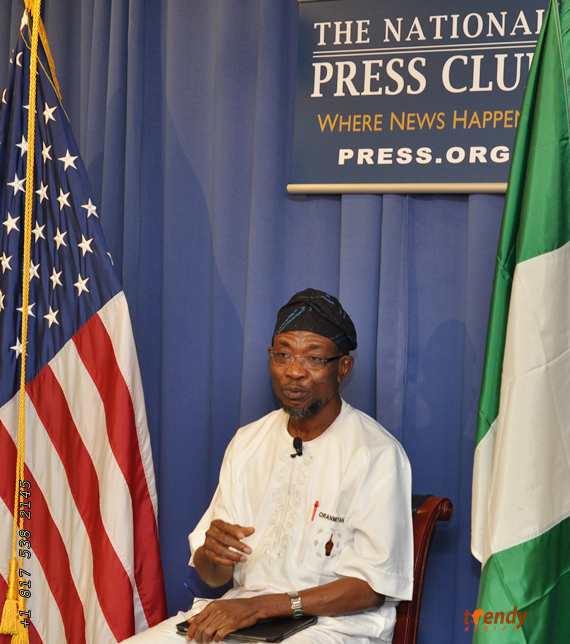 Aregbesola’s development agenda for Osun is centered on the Six Point Integral Action Plan and is consistent with the Innovation in Governance and Economic Development Program of the Harvard Kennedy School of Government, where he began his visit earlier this week. 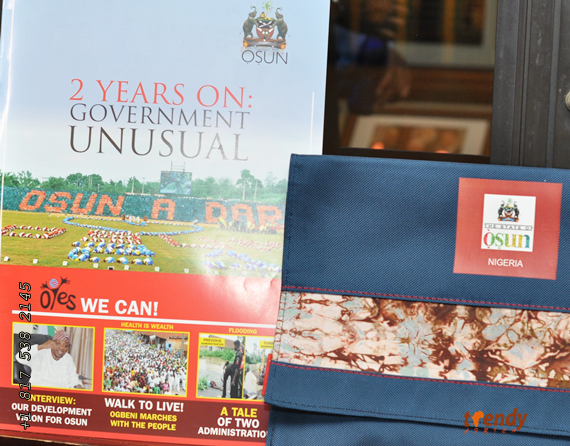 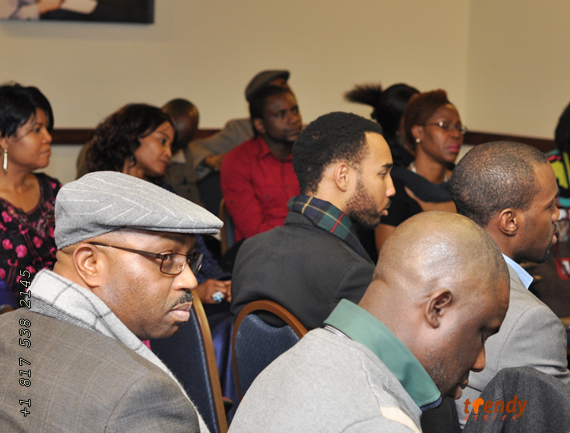 Throughout his trip, Governor Aregbesola showcased the achievements and opportunities in the State of Osun as an investment destination in the global emerging market of Nigeria. 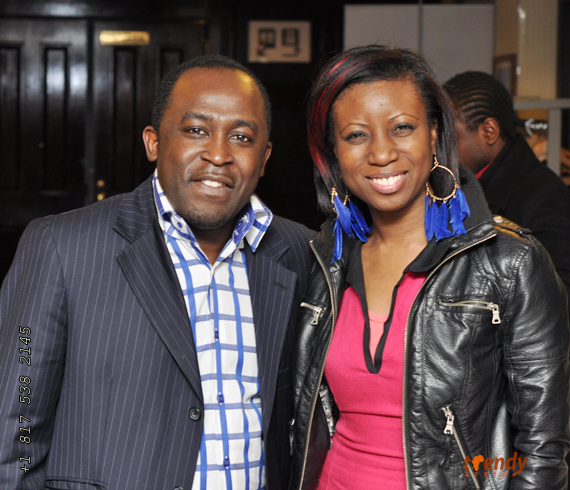 By Dami Odetola and George Akoji in Washington, DC for Trendy Africa Media.