EGYPT – The Black Satellites of Ghana defeated their Brazilian counterpart to win the FIFA U-20 World cup. The 10-man Ghanaian team 4-3 victory came in a sudden death penalties shoot-our in the finals of Egypt 2009 tournament. Ghana makes history being the first African team to win the coveted cup. 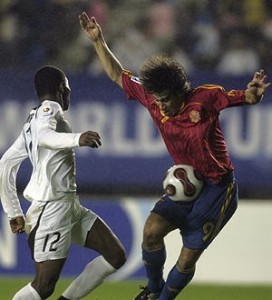 Ghana striker Dominic Adiyiah, who was the top scorer at the tournament also emerged as the competition’s best player. Adiyiah scored his ninth goal of the tournament in during the penalty shoot-out.