Jordan Peele’s artistic thriller “Get Out” was a big winner for members of  the African American Film Critics Association (AAFCA) as it scooped up Best Film, Best Directing, Best Acting (for lead Daniel Kaluuya) and a Best Screenplay recognition from the world’s largest group of professional Black film critics. Peele’s directional debut about a young black man visiting his white girlfriend’s family for the first time was made for only $4.5 million, but grossed more than $100 million in the US in its first 3 weeks of release, making it the fastest grossing Blumhouse movie of all time.

AAFCA also recognized Frances McDormand for her performance as a grieving mother in the dark mystery drama “Three Billboards Outside Ebbing, Missouri.”  Laurence Fishburne picked up a Best Supporting nod for his portrayal of a charismatic pastor in “Last Flag Flying” while Tiffany Haddish earned a Best Supporting actress nod for “Girls Trip.” Actor Lakeith Stanfield received the  Breakout Star award for his lead role in “Crown Heights,” a movie based on the true story of a Caribbean immigrant who spent decades in prison for a crime he didn’t commit.

“Crown Heights” also won the group’s Best Independent Award. “Detroit,” a fact-based drama set during the 1967 Detroit riots earned Best Ensemble including Best Song “It Aint Fair” by The Roots featuring Bilal. “The films released in 2017 captured a plethora of lifestyles, experiences and emotions that allowed our members to engage with a different range of storylines from previous years,” says AAFCA co-founder and president, Gil Robertson. “The success of Girls Trip, the first R-rated film starring an all Black female cast to surpass $100 million, and Get Out, Jordan Peele’s directorial debut which surpassed $250 million worldwide, prove just how viable Black films are across the board. Overall, it was a great year for cinema that reflects the diverse and complicated world that we live in.” Last year,  the coming of age drama“Moonlight” received the top movie award from the film critics group. 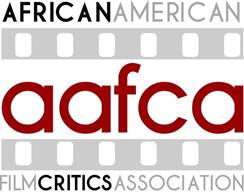 The 9th annual  AAFCA Awards – a.k.a. Hollywood’s black Oscars will be held  February 7, 2018 at the Taglyan Complex in Hollywood.