Dallas, TX – Genevieve Nnaji has emerged the winner of the second in the series of “Trendy Polls”, a Trendy Africa initiative designed to increase the interactive potentials of its ever growing viewers.

Genevieve Nnaji has consistently shown great acting skills through the years in the Nollywood industry thereby attracting a huge fan base both in Africa and the Caribbean’s. Her role in the movie; “Ije-the journey” which was shot both in Nigeria and the USA further exposed her raw talent to the international community.

Trendy Africa Media launched its Poll segment in 2005 with the ever popular “Trendy headgear Polls” which featured various head wrap styles and a constant flow of voters. The new Poll format is however an ultra modern upgrade managed by poll Daddy.com and does not allow for repeat voters thus making it authentic.

“Trendy polls” is scheduled to run periodically with unique poll titles and would serve as a build up to the planned TEA Awards coming soon. Winners would be featured on the website and would be entitled to free copies of Trendy Africa Magazine. 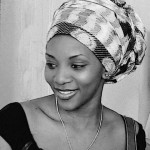