Production on the summer blockbuster “Furious 7” was well underway in November 2013 when lead actor Paul Walker died in an explosive car crash. For film producer Neal H. Moritz, cast members Vin Diesel, Jordana Brewster and Michelle Rodriguez who had been with Walker since the beginning of his career, the initial thought was to scrap the project. But after weeks of deliberation, production on the 7th Fast & Furious installment continued. 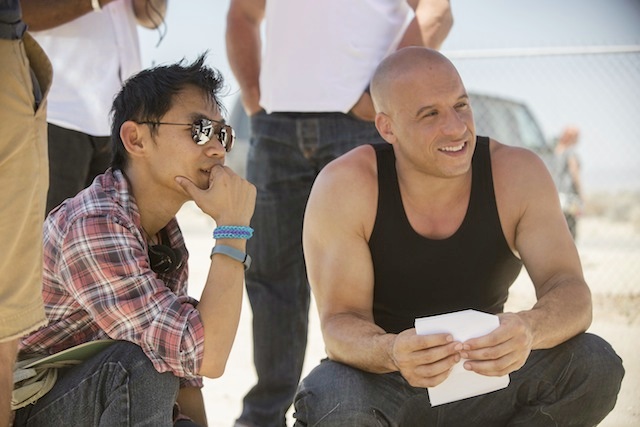 “It dawned on us that Paul would want us to finish it,” shares Moritz, who graciously asked Paul Walker’s brothers Caleb Walker and Cody Walker to act as stand-ins. “Vin and I talked about it, and we agreed that we had to do whatever it would take to finish this movie for him. We had to continue not in spite of what happened, but actually because of it. We had shot most of the movie with Paul, but we wondered how we were actually going to make this work. I have to say, he was looking down on us,” the producer continues. “Because of unused footage that we had from previous movies and the use of new technology, we were able to complete the film inspired by Paul’s spirit and give him and his best-known character a perfect cinematic send-off.”

Directed by James Wan (“The Conjuring”), “Furious 7” picks up more than a year after Dom’s (Vin Diesel) and Brian’s (Paul Walker) crew has returned to the States with their pardons. We find them transitioning into life on the right side of the law, but home has taken on a surreal quality. Dom tries desperately to reconnect with Letty (Michelle Rodriguez), while Brian struggles to acclimate to suburban life with Mia (Jordana Brewster) and their son. Tej (Chris “Ludacris” Bridges) and Roman (Tyrese Gibson) are celebrating their freedom by living the playboy dream. Unfortunately for the crew who are settling back into civilian life, there’s a cold-blooded British black ops assassin, played by Jason Statham, with a score to settle. 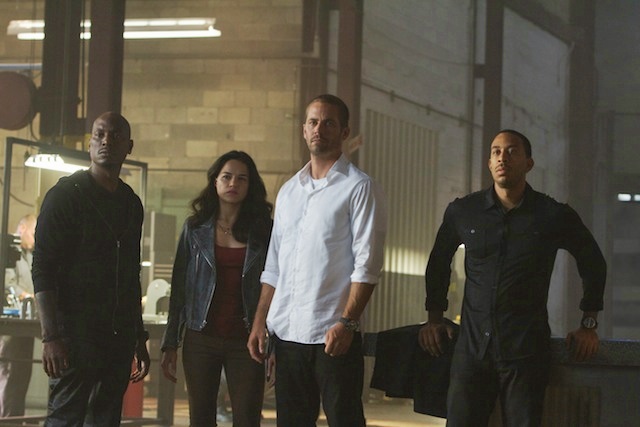 Beginning his reign of terror with the brutal murder of Han (Sung Kang) in Tokyo and the attempted assassination of Hobbs (Dwayne Johnson) in L.A., Deckard Shaw (Jason Statham) is systematically hunting down those who took out Owen (Luke Evans), his little brother, during their last mission. There’s action, and plenty of it in this latest installment that includes veteran performer Kurt Russell, who steps into the role of an enigmatic government official. British actress Nathalie Emmanuel (“Game of Thrones”) plays a genius computer hacker and Djimon Hounsou rounds off the new cast as a Nigerian mercenary named Mosi Jakande. 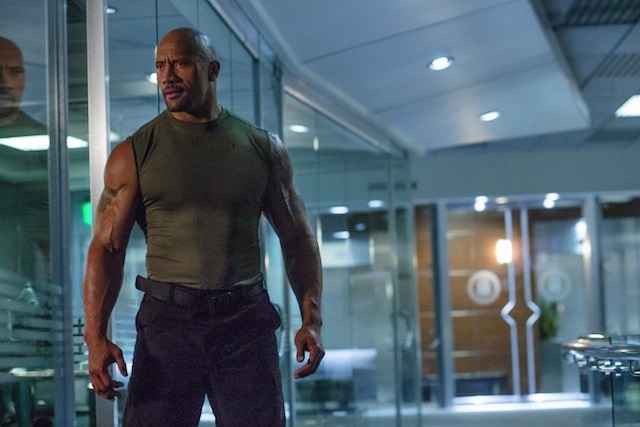 From an explosive ride along the steep jagged peaks of Colorado to several brutal battles in Abu Dhabi, the stunts, the action scenes and the fight sequences are most outlandish, but it all makes this film the standout chapter as the fast-moving action is captured at every angle. Films of the Fast & Furious franchise are known just as much for their cutting-edge music as much as they are for the stunts and cars. “Furious 7″ comes with the complete package and doesn’t disappoint. “Furious 7” releases in U.S. theaters Friday