Engaging and refreshingly human, “Four of Hearts” focuses on a couple suffering from conjugal fatigue who decide to spice up their sex life. Like many couples, April (Nadine Ellis) and Derrick (Darrin Dewitt Henson) feel a spark is missing from their marriage. With the demands of work and their hectic schedules, they find themselves in a six-month dry spell. Desperate to shake up their love life and rekindle their passion for each other, they decide to share a steamy night with their best friends, Christy (Michelle Krusiec) and Matt (Gabriel Olds), a free spirited couple who like to engage in all sorts of sexual escapades. 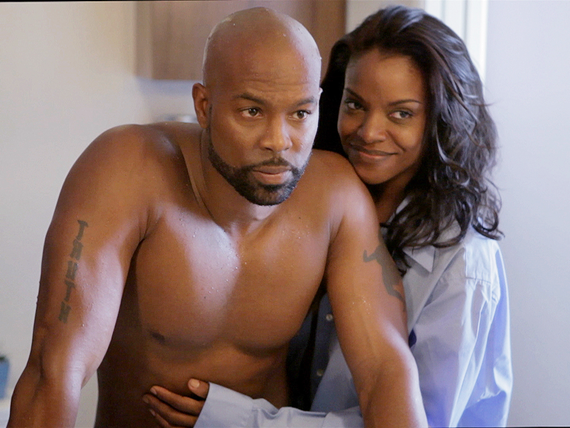 “We love each other but we’re too busy to enjoy each other,” April (Ellis) whines to best pal Christy (Krusiec).  Her solution to solving her marital strife is enlisting her best pal to assist her in getting her sex life back on track. Convincing her husband, the straight laced Derrick (Henson), is no easy chore either, but after the night of passion is over, April and Derrick both end up dealing with unexpected feelings of jealousy and mistrust.

A cute ensemble exposing the foibles of relationships, this insightful, gently romantic account of well-meaning couples and their relatively straitlaced pals is well worth a peek.

The performances here are all quite good and the characters are all likable. Ellis, best known for her role as Stacy Lawrence on the BET hit series “Let’s Stay Together” makes a strong impression as a wife desperate to maintain her marital relationships at all costs, while Henson who has starred in his fair share of dramatic ensembles doesn’t disappoint as the embittered partner. 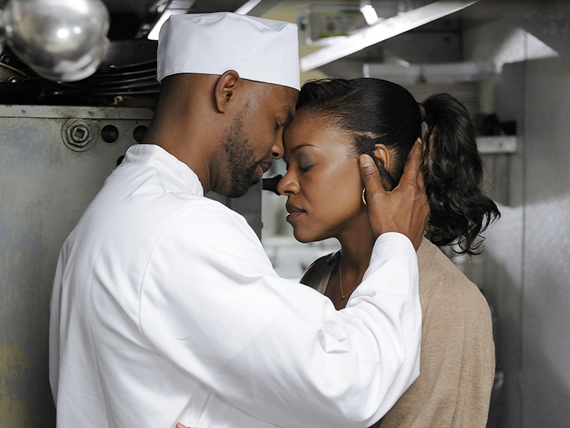 Henson and Ellis in a scene from Four of Hearts

Written and directed by Eric Haywood, who has penned several episodes of the TV Series “Soul Food,” it’s a well-honed ensemble with enough melodrama about the pitfalls of relationships to keep you entertained. Emotionally involving, the conflicts and outcome are certainly predictable but the film is surprisingly satisfying.

(Photos courtesy of One Village Entertainment)