Concerns over Ebola are prompting a growing number of African countries to tamp down on travel; a move the World Health Organization says could worsen the outbreak. South Africa announced Thursday that all noncitizens traveling there from three of the virus- stricken countries will be turned away, and that South African citizens arriving from the “high-risk” countries of Guinea, Liberia and Sierra Leone will be subject to strict screening, including temperature checks.

A fourth nation affected, Nigeria, was listed by South Africa as a “medium-risk” country, along with Kenya and Ethiopia, which have had no reported cases of Ebola, but which South African officials said were major hubs of travel to the area. 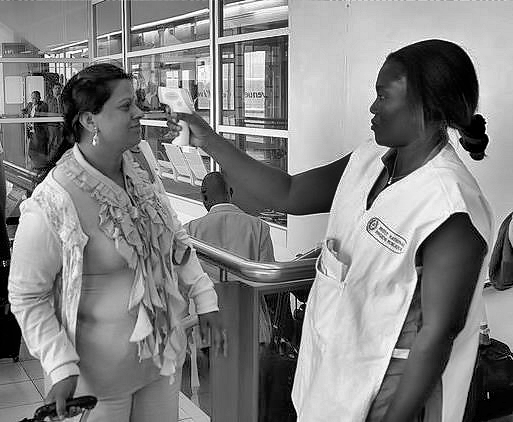 “Even though the outbreak has been limited to these countries in West Africa, the spread to other countries needs to be contained,” the South African Cabinet said in a statement released Thursday. Officials said they remain “committed to ensuring the health and well-being of all our citizens.”

Permanent residents living in South Africa and traveling back from those countries will not be allowed in, according to the statement. Exceptions could be made if the travel is considered “absolutely essential,” officials said. South Africans are also being asked to delay all but the most essential travel to Ebola-affected countries. South Africa is the latest in a growing list of African countries that have announced travel restrictions because of fears over Ebola’s spread.

This week, the government of Kenya announced that it was closing its borders to all travelers coming from the three countries, except for health professionals and returning Kenyan citizens. Anyone returning to Kenya from Sierra Leone, Guinea and Liberia would be subject to “extensive screening and close monitoring,” officials said.

The World Health Organization has urged countries dealing with the Ebola outbreak to conduct thorough exit screening at airports and other borders, but has not issued any wide-scale travel advisories.