Djimon Hounsou has become a near-ubiquitous presence on screens in Hollywood blockbusters and indie movies. Known for portraying intense and often formidable roles, the two-time Academy Award-nominated actor has starred in “Blood Diamond,” “In America,”  “Amistad,” “Gladiator” and several worthwhile films and voices the villain in the animated sequel “How to Train Your Dragon 2.”

“You have to be in the driver’s seat of your own career and trying to find the balance is a bit like being a gymnast.” Statuesquely tall at six feet two inches, Hounsou is surprisingly soft spoken and had to add immense gusto to his tone to grasp the voice of the menacing Drago Bludvist, an evil dragon slayer he plays in the sequel to the successful 2010 outing “How to Train Your Dragon.” 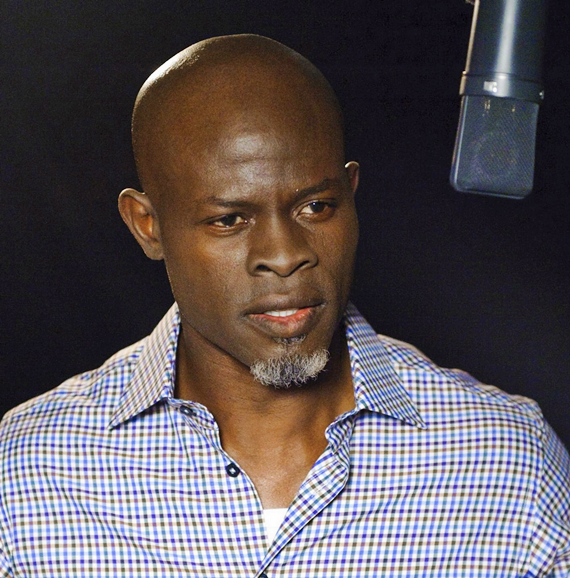 A smart, funny sequel packed with warmth, humor and heart and directed by Dean DeBlois, the eclectic cast also includes Gerard Butler, Jay Baruchel, Cate Blanchett, America Ferrera and Craig Ferguson.  The original film, which earned $495 million in worldwide box-office receipts four years ago, followed the exploits of a Viking chief’s son who had to mark his passage into manhood and prove his worthiness to his tribe by capturing a dragon. This 3-D sequel continues this passage into manhood as he’s now forced to protect tribe from an evil dragon slayer.

“Having a son, being part of animated features is quite important, adding I was pleasantly blown away by the look of the first film,” says Hounsou on his decision to join the cast. “For my character Drago, I felt extremely challenged because I remember seeing the first film and hearing Gerard Butler’s voice, which has so much power and such a presence in the story so when I got called in, I had to challenge and outdo him.” 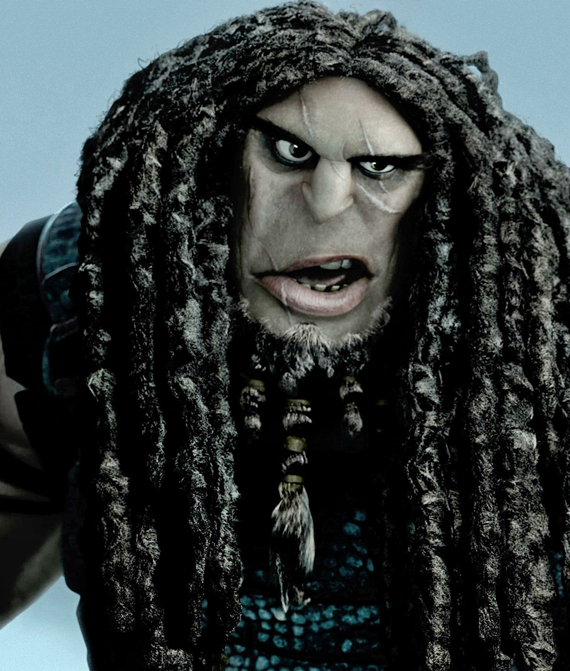 A former model from Benin, Hounsou was last seen onscreen in the romantic comedy “Baggage Claim” playing Paula Patton’s lover and has several movies in production that include “Fast and Furious 7,”  “Seventh Son,” “Guardians of the Galaxy,” “The Vatican Tapes” and “Tarzan.”

“I have literally been hopping from set to set trying to keep up with all of that,” he shares. “It’s been a lot, but it’s a great variety of work. I’ve got so much to accomplish and I feel like there’s so little time so I am packing them in,” continues the actor who is also producing and developing a slate of feature films and documentaries via his company Fanaticus Entertainment.

A celebrity ambassador for Oxfam, Hounsou is also a powerful voice against poverty and injustice and has advocated for poor farmers who have been affected by unfair international trade rules. It’s a role he is passionate about and he has supported a variety of fundraising activities for Oxfam.

“We should be ashamed to die unless we have made some major contribution to human society, for there is no way you can enrich yourself without enriching people around you. We are social beings and we are supposed to be interacting with another and supposed to be helping one another to survive.”

“How to Train Your Dragon 2” releases in theaters Friday.

Previous Article Wedding: Joshua and Nikki Ebadan in Houston
Share This
Next Article ’22 Jump Street’ is a Funnier Sexier Sequel