Tossing two thirty something year-old men into a college environment is always great fodder for comedy and “22 Jump Street” doesn’t disappoint in the laughs division. Funnier than the first, this sequel to “21 Jump Street” sees the return of officers Schmidt (Jonah Hill) and Jenko (Channing Tatum) who find themselves going back undercover to infiltrate yet another drug ring. 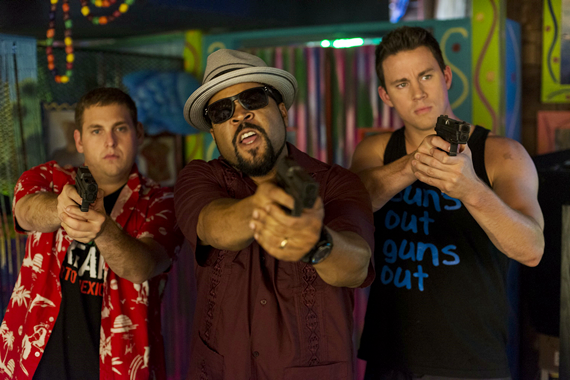 With a structure that’s similar to the first, this time the juvenile underachievers are sent back to college to sniff out a drug kingpin and find out who is touting the lethal drug called ‘whyphy’ (pronounced wifi) around campus. While undercover, Jenko meets Zook (Wyatt Russell), a kindred spirit on the football team while the socially awkward, slightly overweight Schmidt infiltrates the bohemian art major scene and ends up sleeping with Maya (Amber Stevens) all with disastrous consequences. 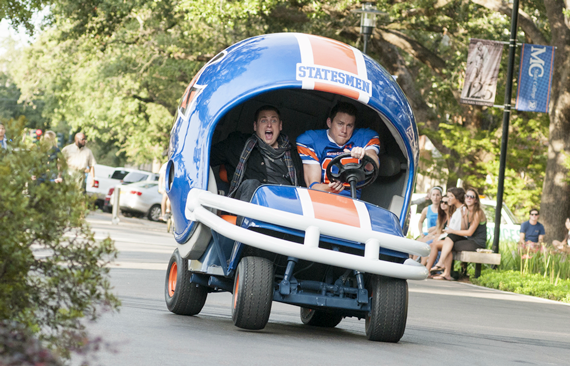 Directors Phil Lord and Christopher Miller, known for the animated film “Cloudy With a Chance of Meatballs” and “The Lego Movie” provide a delicate balance between the action and comedy. The gags are funnier the second time around and Hill and Tatum play nicely off each other. They are now a legitimately charismatic team with a steady rhythm of hilarious riff sessions. The rest of the cast also quietly excels, from the stoic and sarcastic Jillian Bell, the mean girl who takes pleasure in verbally abusing Hill and Jonah’s characters to the Lucas Brothers, Keith and Kenny Lucas, half-black, half-Chinese permanently stoned twins  who always finish each other’s sentences. The tirelessly profane laced Ice Cube complete with his customary scowl is also back as the blistering police captain and thankfully has far more scenes in the sequel. 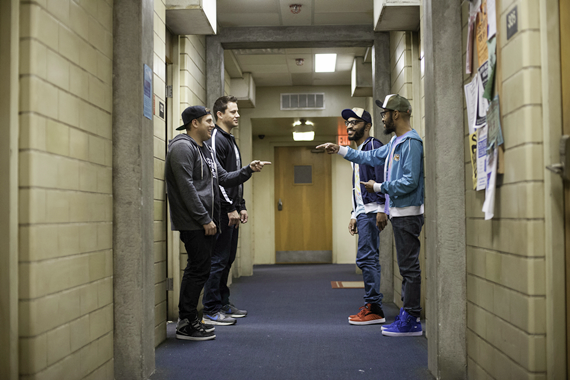 That said, “22 Jump Street” sticks to the formula of the first. There’s the same sprinkling of homo-erotic humor for we still get plenty of penis close-ups and references, and the usual over-the-top car chase.  This time Tatum and Hill’s characters drive through campus in a football helmet car, chased at breakneck speed. A silly goofy undercover cop caper “22 Jump Street” isn’t clever comedy but it’s certainly funnier and more entertaining sequel.