More of a character study than a biopic; this Clint Eastwood directed portrait of J. Edgar Hoover, a key figure in the founding of the Federal Bureau of Investigation (FBI), is tepid at best. Eastwood, known for directing such moving masterpieces as “Unforgiven,” “Mystic River” and “Million Dollar Baby”, paints a less than perfect portrait of a man, who largely helped turn the FBI into an efficient crime fighting organization. 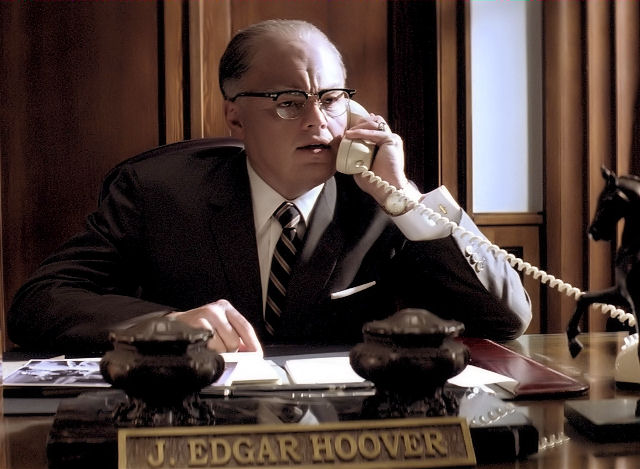 Staring Leonardo DiCaprio as Hoover, Noami Watts as Helen Gandy, his trusted secretary, and Judi Dench as his overbearing mother, “J. Edgar” takes place from the early 1900s to 1972 and begins in the mid-1970s, when Hoover is nearing the end of his time as Director of the FBI.

Wanting to preserve everything he’s built, he begins dictating his lifetime memoirs to several carefully selected agents, nostalgically reflecting on his early days working with the Bureau. As the story jumps from past to present, we follow Hoover’s meteoric rise to power as he shapes up the FBI, devising some of its investigative and forensic practices, from fingerprinting to wiretapping. 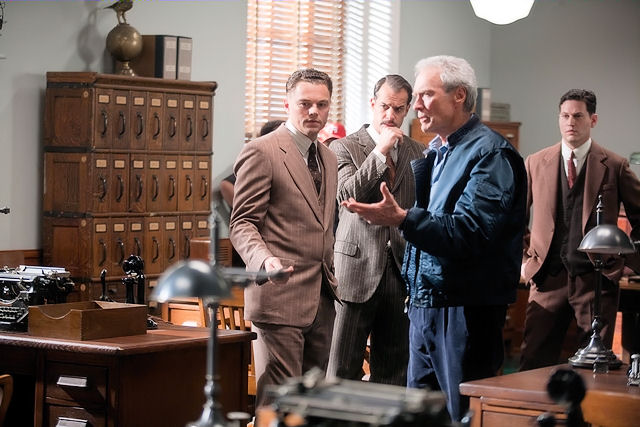 DiCaprio, who takes on a character that would take him from a man in his twenties to one at 77 is impressive as Hoover, an individual, who placed great value on secrets—particularly those of others—and who was not afraid to use that information to exert authority over the leading figures in the nation. 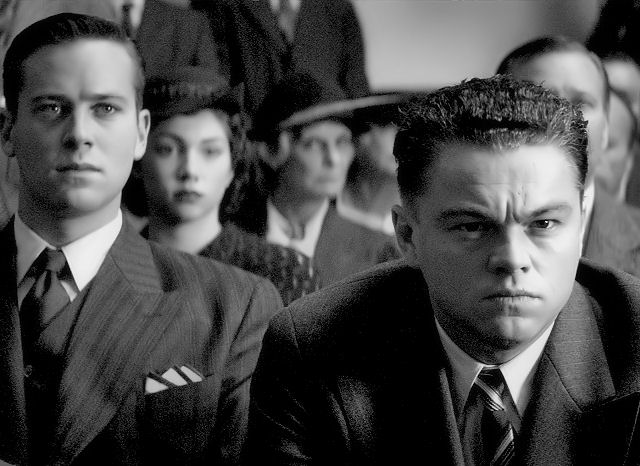 In “J. Edgar,” Eastwood’s focus is more on Hoover’s personal relationship, and intimate interactions with his trusted circle and includes a hint at a homosexual relationship with his right-hand man and alleged secret lover Clyde Tolson, played by Armie Hammer. The two have regular lunches and dinners and go on vacations together, although Hoover is reluctant to act on his obvious attraction, especially after a cautionary warning from his suspicious mother, who tells him that she would rather have a dead son than a “daffodil” for a son. 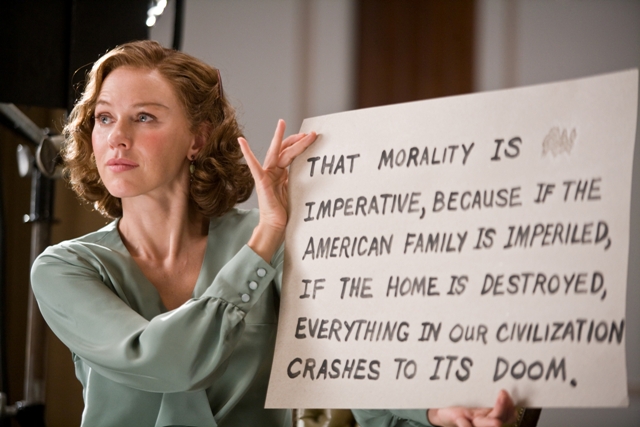 Although some historical facts are well documented, “J Edgar” feels more like a forbidden love story than a chronological work of art, plus there’s little mention of Hoover’s use of FBI resources against black groups across the political spectrum, from the NAACP to the Black Panther Party. Aside from a scene where he cuts out a newspaper clipping of article on Dr. King, dictates a smear letter, and another where he angrily watches Dr King deliver his famous “I Have a Dream” speech, Eastwood’s dalliance on Hoover’s blatant hostility to the civil rights movement is very subtle and fleeting. 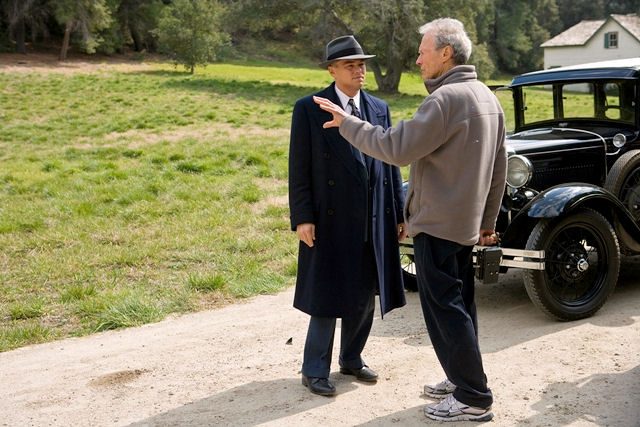 Written by Oscar® winner Dustin Lance Black (“Milk”), “J Edgar” will certainly notch up an Oscar or two for Eastwood, as it has all the requisite characteristics that delight Academy members. It will elicit compassion from some audiences who may find Hoover’s afflictions relatable, but bottom line, this is certainly not Eastwood’s best work.