Sources at the Nigerian embassy in Washington DC said the decision to recall Rotimi followed his running disagreement with the Foreign Affairs Minister, Ojo Maduekwe, over issues bordering on activities of the mission, policy, protocol and hierarchy. 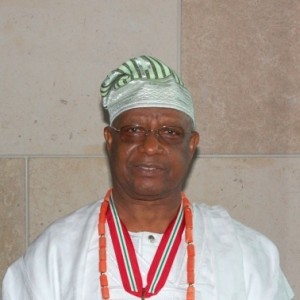 The disagreement that was said to have started last year resulted in a series of correspondence between Maduekwe and Rotimi, culminating in a letter written by the latter in which he called the minister a tribalist and boasted, “I have dealt with people like you in the past. I was the Adjutant General of the Nigerian army that thoroughly defeated your ragtag Biafran army.”

Maduekwe who was piqued by the contents of the letter, particularly the reference to the Biafran war, formally complained to the President in a memo, attaching Rotimi’s letter.

Maduekwe in his letter to the President stated: “This man (Rotimi) has no temperament to be an ambassador of Nigeria in our most important mission.

“This is a strategic assessment of the situation. Anyone who has such a disposition may not be able to handle the Nigerian embassy in Washington, which is deemed in Nigerian diplomatic circles as a strategic and sensitive mission.

“The recommendation that he be recalled has to do with his capacity to run the place. It is not personal.”

It was on this basis that the President immediately approved his recall from the mission. In the interim, Ambassador Wakil, the Deputy Ambassador has been asked to oversee the mission pending the appointment of a replacement.

All efforts to reach the Ambassador last night on his mobile phone proved unsuccessful as it kept entering voice mail. Voice messages were not returned as at press time either.

A Nigerian embassy official in Washington disclosed that the root cause of the friction between both officials started sometime last year when Maduekwe wrote two letters inviting the Ambassador and his deputy, Ambassador Wakil to a meeting in Abuja to discuss the emergence of Barack Obama as the 44th US President and what it would mean for Nigeria-US relations.

Rotimi was said to have felt slighted that the minister wrote a separate letter to his deputy whom he regarded as his subordinate.

He subsequently wrote two protest letters – one to Maduekwe and a second one to the Secretary to the Government of the Federation, Yayale Ahmed. He also asked that the trip be rescheduled to enable him sort out one or two things.

Rotimi then proceeded to Abuja when he did not receive an official reply from the minister. Maduekwe on the other hand was reportedly irked that the Ambassador proceeded on the trip without the necessary approval.

Rotimi’s action, an embassy official divulged, was seen as an infringement of an important regulation regarding the movement of public officers.

Insiders familiar with the Nigerian civil service set up said his trip was arbitrary given his protest letter and request for a postponement of the meeting, and that since he had not received feedback, it was seen as gross insubordination within foreign service regulations.

Similarly, Maduekwe’s effort to streamline the operations of the foreign affairs ministry, particularly the embassies, was said to have been resisted by Rotimi in Washington.

The minister’s brusque style of leadership has reportedly ruffled feathers in the foreign service where most officials are used to “business as usual” bosses.

As such, the little or lack of cordial relations between both men compounded matters, making it almost impossible to mend fences.

In addition, other occurrences pointed to strained relations between the public officers. The usual practice is that an Ambassador receives the foreign minister at the airport when he arrives a country, and sees him off at the end of his official trip.

This was not the case when the minister visited Washington sometime last year to give a talk at a think-tank in the capital city.

However, by January this year, Rotimi tried to seek a rapprochement when he led a delegation to receive Maduekwe who flew into Washington as the head of the Nigerian delegation to President Obama’s inauguration.

But the short-lived détente came under strain again when Rotimi, during the swearing-in ceremony, introduced Emeka Anyaoku, the president’s special envoy, as the leader of delegation in the presence of the minister.

THISDAY learnt that there was actually a disagreement before the trip as to who should lead the delegation to the event.

But this presented an image problem for Nigeria, because it gave the impression that the home base was in disarray.

Another official of the Nigerian embassy in Washington alleged that Rotimi only appeared for work at the embassy thrice a week and retired to Florida where he has a home, for the rest of the week. “How can he effectively run a key embassy like this,” the official queried.

Before the latest incident that led to Rotimi’s recall, Anyaoku it was gathered, tried to reconcile the two men shortly after Obama’s inauguration, but failed.

Rotimi was a former military governor of the old Western State from 1971 to 1975. He arrived Washington DC on 31st March 2008, and presented his Letters of Credence to the then President, George Bush at the White House, on April 9, 2008.

His sudden recall means that Nigeria will have to deal with the signals the incident would send to the international community, explained a diplomatic source.

One way to save face is to show that Nigeria is ready to revamp its foreign relations machinery and sharpen is focus on improving the effectiveness of the country’s foreign missions overseas, he said.